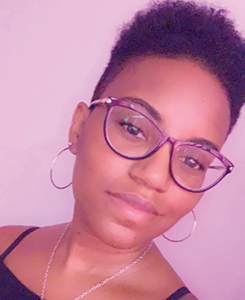 Greenlight hosts a panel discussion for the 20th anniversary of 9/11, featuring children’s book authors Sean Rubin, Alyssa Bermudez, Saadia Faruqi, and Priya Huq. Rubin’s This Very Tree is a deeply moving picture book about community and resilience, from the point-of-view of the Callery pear tree, dubbed the “Survivor Tree” that survived the attacks on September 11. Bermudez’s Big Apple Diaries is a heartfelt diary-style graphic memoir that follows a young New Yorker who doodles her way through middle school—until the September 11, 2001, terrorist attack leaves her wondering if she can ever be a kid again. Faruqi’s poignant new middle grade novel Yusuf Azeem Is Not a Hero is about a young Muslim American boy who, twenty years after the 9/11 attack, must navigate his fractured community and stand for what is right. Huq’s graphic novel Piece by Piece tells the story of Nisrin, a 13-year-old Bangladeshi-American girl living in Milwaukie, Oregon, in 2002, who relies on faith, friends, and family to help her recover after she is the target of a hate crime. Together, these authors discuss 9/11, its aftermath, and how significant events shape people and communities in a story time panel for families and children of all ages. The panel is moderated by Kharissa Kenner, the Children’s Librarian at Bank Street College of Education.

This Very Tree: A Story of 9/11, Resilience, and Regrowth (Hardcover)

A deeply moving story about community and resilience, from the point-of-view of the Callery pear tree that survived the attacks on September 11, from Eisner Award-nominated author-illustrator Sean Rubin.

In Big Apple Diaries, a heartfelt diary-style graphic memoir by Alyssa Bermudez, a young New Yorker doodles her way through middle school—until the September 11, 2001, terrorist attack leaves her wondering if she can ever be a kid again.

"Educators seeking firsthand accounts of 9/11 will want to share this with their students, while ­middle graders looking for an engrossing graphic novel in the vein of Raina ­Telgemeier’s or Shannon Hale’s work will be pleased." —School Library Journal

Yusuf Azeem Is Not a Hero (Hardcover)

At a time when we are all asking questions about identity, grief, and how to stand up for what is right, this book by the author of A Thousand Questions will hit home with young readers who love Hena Khan and Varian Johnson—or anyone struggling to understand recent U.S. history and how it still affects us today.

"A timely, emotional story full of hope and love even in the face of discrimination and prejudice."
— Kirkus Reviews

Piece by Piece: The Story of Nisrin's Hijab (Hardcover)

In this middle-grade graphic novel, Nisrin will have to rely on faith, friends, and family to help her recover after she is the target of a hate crime.

"This gripping graphic novel is fast-paced and dramatic, with full-color illustrations that intensify the heightened emotions. . .Remarkable storytelling presents a multilayered struggle around identity and power in an anti-Muslim climate."
— Kirkus Reviews