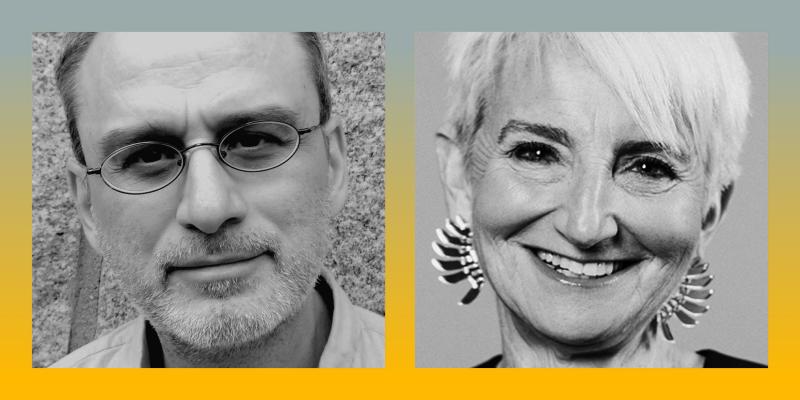 Free and Open to the Public

How are artists thriving and making a living art in the current digital economy? What is the true state of the arts today? William Deresiewicz, a leading critic of the arts and of contemporary culture, explores these and other pressing questions in his latest book, The Death of the Artist: How Creators are Struggling to Survive in the Age of Billionaires and Big Tech. Based on interviews with a range of artists, the book argues that we are in the midst of a profound transformation, one that is impacting our fundamental ideas about the nature of art and the role of the artist in society.

Please join us for this special evening featuring a conversation between Deresiewicz and Pratt’s President Frances Bronet, the latest in Pratt’s ongoing President’s Lecture Series.

Deresiewicz is an award-winning essayist and critic, a frequent speaker at colleges and other venues, and a former professor of English at Yale. His writing has appeared in the New York Times, The Atlantic, Harper's Magazine, the Nation, the New Republic, and many other publications. He is the recipient of a National Book Critics Circle award for excellence in reviewing. In addition to The Death of the Artist, his other New York Times bestselling books include Excellent Sheep and A Jane Austen Education.

Frances Bronet became Pratt Institute’s 12th president in 2018. Before coming to Pratt, Bronet, a distinguished educator and leader at the forefront of interdisciplinary learning, served as senior vice president and provost at Illinois Institute of Technology (IIT) in Chicago. Previously, she served as acting provost at the University of Oregon; before that she was the dean of the School of Architecture and Allied Arts (now the College of Design).

Co-sponsored by Pratt’s Office of the Provost.

Click here to register for this event through Pratt

Books are available to order from Greenlight for direct-to-home shipping or in-store pickup. Please allow time for shipping if not currently on our shelves.

The Death of the Artist: How Creators Are Struggling to Survive in the Age of Billionaires and Big Tech (Hardcover)

A deeply researched warning about how the digital economy threatens artists' lives and work—the music, writing, and visual art that sustain our souls and societies—from an award-winning essayist and critic

“Deresiewicz astutely examines the state of the arts in contemporary culture . . . [painting] a vivid picture of the challenges involved in making art, finding an audience, and being self-supporting as an artist. . . . A savvy assessment of how artists can, and should, function in the marketplace.”
—Kirkus Reviews