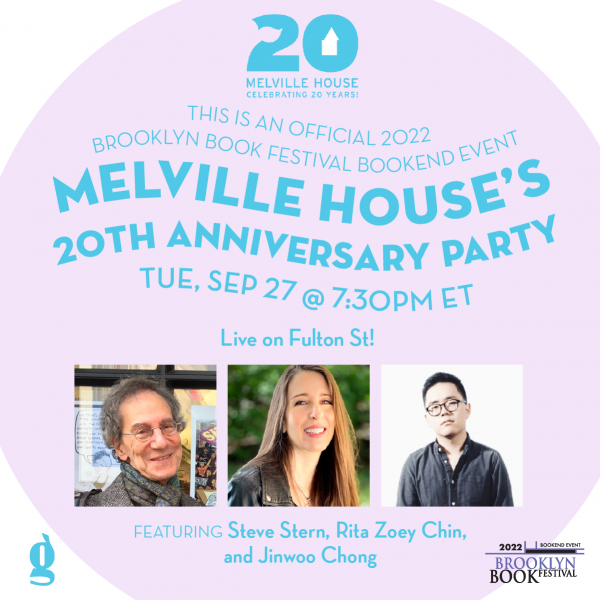 Join Melville House staff and authors as they celebrate Melville House’s 20th anniversary at Greenlight Bookstore. Since its inception twenty years ago, the independent publisher Melville House has been called “brilliant,” “anti-establishment,” “small but innovative,” and “[an] enticing American boutique.” Twenty years later, with offices in Brooklyn and London and a staff of 15, co-founders Valerie Merians and Dennis Johnson have published over 700 books and an astonishing list of acclaimed authors. Melville House’s talent for successfully publishing undiscovered writers, its spirit of independence, its nimbleness with crash publishing, its strong point of view, its gorgeous packaging, and its integrity in an industry overridden by Big Publishing interests make it a small publisher stand-out.

To commemorate this milestone in the literary world, Merians and Johnson will be in conversation with three Melville House fiction authors: Steve Stern (The Village Idiot, on sale September 2022), Rita Zoey Chin (The Strange Inheritance of Leah Fern; on sale October 2022), and Jinwoo Chong (Flux, on sale March 2023). They will discuss their forthcoming books, the state of independent publishing, and what’s next for Melville House.