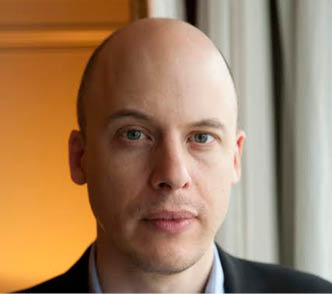 Lev Grossman is the book reviewer for Time Magazine and a widely published cultural critic, as well as a Fort Greene neighbor. He is the author of the bestselling Magicians trilogy, which opened with The Magicians (“Stirring, complex, adventurous…[a] superb coming of age fantasy.” – Junot Diaz), and its sequel The Magician King (“a spellbinding stereograph, a literary adventure novel that is also about privilege, power and the limits of being human.” – NPR). Legions of fans now await The Magician's Land, a novel full of the subversive brilliance that has put Grossman at the forefront of modern fantasy, which will bring the Magicians trilogy to a shattering, triumphant conclusion, and Greenlight is thrilled to host the book’s official launch. Grossman will be joined by fellow acclaimed fantasy writers Michelle Hodkin (the Mara Dyer trilogy), Lauren Oliver (Before I Fall and the Delirium trilogy), Margaret Stohl (Beautiful Creatures), Erin Morgenstern (The Night Circus), and Lev’s twin brother Austin Grossman (Soon I Will Be Invincable, You) among others, for a dramatic presentation and discussion of the new novel. The formal event will be preceded by a Magicians trivia contest at 7:00 PM, with Magicians-related swag for the most knowledgeable fans.

Free and open to the public

St. Joseph’s College is located at 245 Clinton Avenue (between Dekalb and Willoughby), Brooklyn, New York. Closest subways are G to Clinton/Washington, C to Lafayette, or any train to Atlantic/Pacific station. More information at http://www.sjcny.edu/directions.