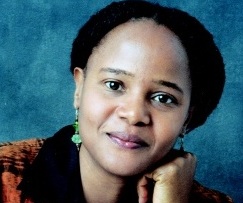 Long Island University Brooklyn’s “Starting from Paumanok” lecture series in American culture and literature, hosted by the English Department annually since 1983, takes its name from a Walt Whitman poem that first appeared in the 1860 edition of Leaves of Grass. Its title invokes the Native American word for Long Island and acknowledges the University’s geographic and cultural connection to one of Brooklyn’s — and Long Island’s — foremost literary figures.

The English Department, in collaboration with Greenlight Bookstore, is proud to present Edwidge Danticat as the guest speaker for this year’s Paumanok Lecture Series. Since the publication of her debut work Breath, Eyes, Memory in 1994, Edwidge Danticat has won praise as one of America's brightest, most graceful and vibrant young writers. Her fiction, memoir, and journalism have received numerous awards, including the National Book Critics Circle Award, the Story Prize, multiple nominations for the National Book Award, and a MacArthur Fellows Program Genius Grant. Edwidge Danticat will read from her work, have an onstage chat with Jessica Hagedorn, Director of the MFA Program, and take questions from the audience. Danticat will sign books following the event, which is free & open to the public.

The Kumble Theater for the Performing Arts is located on the LIU Brooklyn campus, on Flatbush Avenue Extension between DeKalb & Willoughby. For more information, visit kumbletheater.org, or call (718) 488-1624.