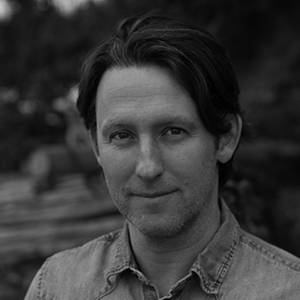 In the wake of his celebrated book Londoners, Craig Taylor moved to New York and spent years meeting regularly with hundreds of New Yorkers as diverse as the city itself. His new book New Yorkers features 75 of the most remarkable of them, their fascinating true tales arranged in thematic sections that follow Taylor’s growing engagement with the city. Vibrant and bursting with life, New Yorkers weaves the voices of some of the city’s best talkers into an indelible portrait of contemporary New York—and a powerful hymn to the vitality and resilience of its people. This event features readings from the book by local actors, including Craig Geraghty, Maggie Hoffman, Aaron Landsman, Hubert Point-Du Jour, Scott Shepherd, Erika Chong Shuch, Jahmorei Snipes, and Ben Williams. Join Taylor at this star-studded virtual book launch!

Craig Geraghty was born and raised in Woodside, Queens, and got his start in the entertainment field performing stand up comedy throughout New York City, from Caroline's to Carnegie Hall. He has made several television appearances, including recurring roles on Ray Donovan, Iron Fist and The Deuce. He has appeared on several other shows including For Life, Blue Bloods, The Blacklist: The Redemption, Boardwalk Empire and Law & Order.

Maggie Hoffman is an performer living in New York City who has appeared in numerous award-winning theatrical productions in the U.S. and abroad. She is the artistic director of the acclaimed avant-punk performance group Radiohole, and she is a co-founder of the venue The Collapsable Hole.

Aaron Landsman is a New York City-based theater artist who has performed with Elevator Repair Service and makes performances and other projects using people, language, space and time. Recent works include Empathy School/Love Story, (NY Times and Time Out New York Critics' Pick), and the five-city production City Council Meeting, in which audience members perform transcripts of local government meetings. He is an artist-in-residence at Abrons Arts Center, where he runs a working group about gentrification called Perfect City, and a Visiting Lecturer at Princeton.

Scott Shepherd is an actor who has appeared in Bridge of Spies, Jason Bourne, The Young Pope, and True Detective, and has worked extensively with The Wooster Group and Elevator Repair Service. He is the recipient of an Obie Award for his work in Gatz, a marathon staging of the unabridged text of The Great Gatsby that played at The Public Theater, in London's West End, and in 21 other cities around the world.

Jahmorei Snipes is an actress, advocate, and artistic activist. Originally from El Barrio, Jahmorei is a born and raised New Yorker who currently resides in Harlem. A graduate of Marymount Manhattan College, where she received a BFA in Acting with a minor in Political Science, she is one of the co-creators of  The Catcalling Project and an active working group member of Perfect City, a collective arts-activism working group that tries to envision New York City for all of us.

Ben Williams is an actor, sound designer, and director in New York City. He is a member of Elevator Repair Service and a founding member of minor theater with Julia Jarcho. He produces and curates category : other, an award-winning platform for experimental audio, serves as a consultant for Storycorps, and teaches sound design at The New School.

New Yorkers: A City and Its People in Our Time (Hardcover)

Londoners: The Days and Nights of London Now--As Told by Those Who Love It, Hate It, Live It, Left It, and Long for It (Paperback)