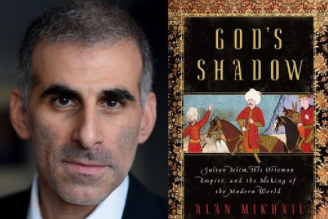 Long neglected in world history, the Ottoman Empire was a hub of intellectual fervor, geopolitical power, and enlightened pluralistic rule. At the height of their authority in the sixteenth century, the Ottomans, with extraordinary military dominance and unparalleled monopolies over trade routes, controlled more territory and ruled over more people than any world power, forcing Europeans out of the Mediterranean and to the New World.

Yet, despite its towering influence and centrality to the rise of our modern world, the Ottoman Empire’s history has for centuries been distorted, misrepresented, and even suppressed in the West. Now Alan Mikhail presents a vitally needed recasting of Ottoman history, retelling the story of the Ottoman conquest of the world through the dramatic biography of Sultan Selim I (1470–1520).

Born to a concubine, and the fourth of his sultan father’s ten sons, Selim was never meant to inherit the throne. With personal charisma and military prowess—as well as the guidance of his remarkably gifted mother, Gülbahar—Selim claimed power over the empire in 1512 and, through ruthless ambition, nearly tripled the territory under Ottoman control, building a governing structure that lasted into the twentieth century. At the same time, Selim—known by his subjects as “God’s Shadow on Earth”—fostered religious diversity, welcoming Jews among other minority populations into the empire; encouraged learning and philosophy; and penned his own verse.

Drawing on previously unexamined sources from multiple languages, and with original maps and stunning illustrations, Mikhail’s game-changing account “challenges readers to recalibrate their sense of history” (Leslie Peirce), adroitly using Selim’s life to upend prevailing shibboleths about Islamic history and jingoistic “rise of the West” theories that have held sway for decades. Whether recasting Christopher Columbus’s voyages to the “Americas” as a bumbling attempt to slay Muslims or showing how the Ottomans allowed slaves to become the elite of society while Christian states at the very same time waged the horrors of the transatlantic slave trade, God’s Shadow radically reshapes our understanding of the importance of Selim’s Ottoman Empire in the history of the modern world.

A leading historian of his generation, Alan Mikhail, professor of history and chair of the Department of History at Yale University, has reforged our understandings of the past through his previous three prize-winning books on the history of the Middle East. In writing God’s Shadow, he has drawn on Ottoman Turkish, modern Turkish, Arabic, Spanish, Italian, and French sources. He lives in New York and New Haven, Connecticut.

Mikhail will be in conversation with Alexis Coe. Coe is a historian. She is the New York Times Bestselling Author of You Never Forget Your First: A Biography of George Washington and Alice+Freda Forever: A Murder in Memphis (soon to be a major motion picture).

God's Shadow: Sultan Selim, His Ottoman Empire, and the Making of the Modern World (Hardcover)

“A stunning work of global history. . . . Alan Mikhail offers a bold and thoroughly convincing new way to think about the origins of the modern world. . . . A tour de force.” —Greg Grandin, author of The End of the Myth: From the Frontier to the Border Wall in the Mind of America

Readers gain insight into the incredible influence of the Ottoman civilization at the dawn of modern history. But Mikhail goes even further, placing Ottoman civilization in its global context. He shows that it is no accident that Columbus’s 1492 voyage coincides with the expulsion of the Jews from Spain, or that Martin Luther could use the Sultan’s long shadow as fuel against the Pope. Global economics and politics are well illuminated, as are the connections and relationships between Eurasia and the Americas. Excellent maps and illustrations throughout detail the cities, societies, and cultural regions in circa 1500.... A wonderful, exciting, engaging, scholarly yet accessible work for all readers of world history, a book that addresses a critical but often overlooked axis of global history.
— Library Journal, starred review