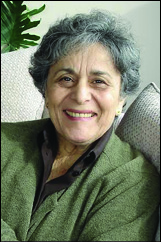 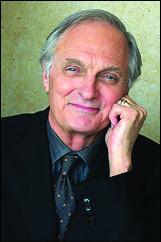 Monday, March 16, 7:30 PM
OFFSITE EVENT: St. Joseph’s College
Arlene Alda presents Just Kids From the Bronx: Telling It the Way It Was: An Oral History
In conversation with Alan Alda
With Maira Kalman and other contributors and special guests TBA
Part of Brooklyn Voices: A Literary Series with St. Joseph’s College and Greenlight Bookstore

The parks, the schools, the friends, the politics, the gangs, the mentors—for people who grew up in the Bronx, childhood recollections are fresh. For her new book Just Kids From the Bronx, award-winning photographer and author Arlene Alda interviewed more than 60 Bronx natives that have gone on to make important contributions in nearly every field of endeavor. Carl Reiner talks about being a Jewish boy during the Great Depression, Neil deGrasse Tyson tells of using his telescope at age twelve on the roof his building, and Grandmaster Melle Mel reminisces on learning to rhyme and entertain, eventually changing the music world forever. This film-like portrait of the Bronx spans six decades, and reveals that the Bronx experience is the quintessential American experience: innovation, creativity, and success bursting from a community sometimes short on resources, but full of talent and pride. Alda, also born and raised in the Bronx, is donating all author proceeds from this book to organizations that benefit children in the Bronx today. Alda talks about her work and the Bronx with her husband Alan Alda, award-winning actor best known for his work on M*A*S*H and The West Wing. Other Bronxites who contributed to the book will also take part in the discussion, including acclaimed artist and author Maira Kalman (author of And the Pursuit of Happiness and My Favorite Things).

St. Joseph’s College is located at 245 Clinton Avenue (between Dekalb and Willoughby), Brooklyn, New York. Closest subways are G to Clinton/Washington, C to Lafayette, or any train to Atlantic/Pacific station.

Just Kids from the Bronx: Telling It the Way It Was: An Oral History (Hardcover)