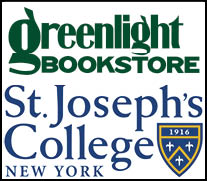 Tickets or RSVPs are required for admission to all Brooklyn Voices events; some tickets include a copy of the book, distributed at the event. Click the "Buy Tickets" button below each event to reserve your seat through EventBrite. You can also use the "Add to Cart" buttons at the bottom of this page to purchase a book without attending an event; include any signing requests in the Order Comments field at checkout.

Upcoming events at St. Joseph's College may be canceled, postponed/rescheduled, or moved to an online event. Please check this page and our events calendar for updates about specific events. 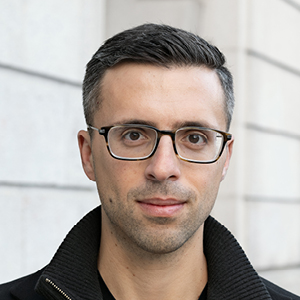 In his vital new book Why We're Polarized, Vox cofounder Ezra Klein reveals the structural and psychological forces behind America’s descent into division and dysfunction. Klein shows how and why American politics polarized around identity in the twentieth century, and what that polarization did to the way we see the world and one another. And he traces the feedback loops between polarized political identities and polarized political institutions that are driving our system toward crisis. Neither a polemic nor a lament, Klein offers a clear framework for understanding the politicization of everyday culture that will change how you look at politics, and perhaps at yourself. Klein presents his book at St. Joseph’s College in conversation with Ta-Nehisi Coates, author of Between the World and Me and We Were Eight Years in Power.

Each $32 ticket includes admission to the event, as well as a harcover copy of Why We’re Polarized. Books are distributed at the event, and additional books are for sale; Ezra Klein will sign books following the discussion. 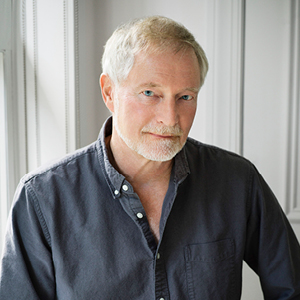 Erik Larson (#1 New York Times bestselling author of The Devil in the White City and Dead Wake) comes to the Brooklyn Voices Series for the launch of his fresh and compelling portrait of Winston Churchill and London during the Blitz. In The Splendid and the Vile, Erik Larson shows, in cinematic detail, how Churchill taught the British people “the art of being fearless”—a story of political brinkmanship as well as an intimate domestic drama. Larson draws on diaries, original archival documents, and once-secret intelligence reports—some released only recently—to provide a new lens on London’s darkest year through the day-to-day experience of Churchill and his family: his wife, Clementine; their youngest daughter, Mary, who chafes against her parents’ wartime protectiveness; their son, Randolph, and his beautiful, unhappy wife, Pamela; Pamela’s illicit lover, a dashing American emissary; and the advisers in Churchill’s “Secret Circle,” to whom he turns in the hardest moments. The Splendid and the Vile takes readers out of today’s political dysfunction and back to a time of true leadership, when, in the face of unrelenting horror, Churchill’s eloquence, courage, and perseverance bound a country, and a family, together. Larson discusses his book with Maria Konnikova, contributing writer for the New Yorker and author of Mastermind and The Confidence Game, at this pre-publication launch event.

Each $35 ticket includes admission to the event, as well as a hardcover copy of The Splendid and the Vile; books are distributed at the event, and additional books are for sale. Erik Larson will sign books following the discussion. 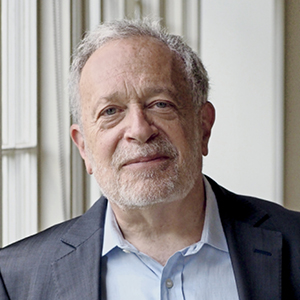 Live via Zoom Webinar:
Tuesday. March 31, 7:30 PM
Book Launch: Robert B. Reich presents The System: Who Rigged It, How We Fix It
In conversation with Anand Giridharadas

With his new book The System, Robert B. Reich – the best-selling author of Saving Capitalism and The Common Good who has served in three national administrations – presents an urgent analysis of how the "rigged" systems of American politics and power operate, how this status quo came to be, and how average citizens can enact change. With the characteristic clarity and passion that has made him a central civil voice, Reich shows how wealth and power have interacted to install an elite oligarchy, eviscerate the middle class, and undermine democracy. Reich's objective is not to foster cynicism, but rather to demystify the system so that we might instill fundamental change and demand that democracy works for the majority once again. Joining Reich in conversation is Anand Giridharadas, author of Winners Take All, The True American, and India Calling.

* Click here to register for the Zoom webinar (including audience Q&A). 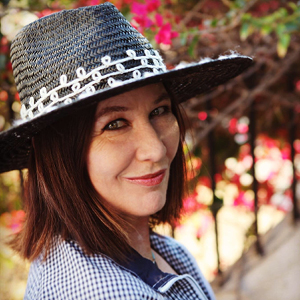 Monday, April 20, 7:30 PM
Kathy Valentine presents All I Ever Wanted: A Rock ‘n’ Roll Memoir
In conversation with Lizz Winstead

The Go-Go’s became the first multi-platinum-selling, all-female band to play instruments themselves, write their own songs, and have a number one album. For bassist Kathy Valentine, the band’s success was the fulfillment of a lifelong dream—but it’s only part of her story. Her new memoir All I Ever Wanted: A Rock 'n' Roll Memoir traces the path that took her from her childhood in Texas—where she all but raised herself—to the height of rock ’n’ roll stardom, devastation after the collapse of the band that had come to define her, and the quest to regain her sense of self after its end. A roller coaster of sex, drugs, and of course music, All I Ever Wanted is also a story of what it takes to find success and find yourself, even when it all comes crashing down. Valentine takes the (virtual!) stage for a music-infused talk about her book and the challenges of women in entertainment with comedian and writer Lizz Winstead, co-creator of The Daily Show.

Register for this event (free) 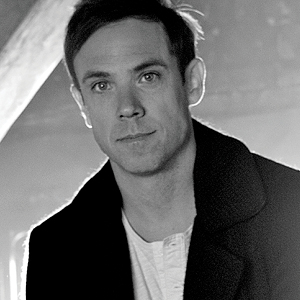 Mikel Jollett - author, radio columnist, and founder of the band Airborne Toxic Event - was born in Southern California into one of the country’s most infamous cults, and subjected to a childhood filled with poverty, addiction, and emotional abuse. His new book Hollywood Park is a remarkable memoir of a tumultuous life. Told at first through the limited perspective of a child, and broadening as Jollett begins to understand the world around him, his is a story of fierce love and family loyalty told in a raw, poetic voice that signals the emergence of a uniquely gifted writer.

Mikel will discuss his remarkable life story, perform exclusive material from the new album, Hollywood Park, and have a Q&A with the audience. Tickets will support your local indie bookstore and include a signed copy of the book. Private links will be emailed the day of the event.

All tickets include one single-use login and one copy of Hollywood Park to be received via direct mail in late May. 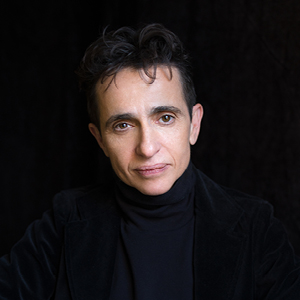 In the run-up to the 2016 election, Russian-American journalist and bestselling, National Book Award-winning author Masha Gessen stood out from other journalists for the ability to convey the ominous significance of Donald Trump's speech and behavior, unprecedented in a national candidate. Within forty-eight hours of Trump's victory, the essay "Autocracy: Rules for Survival" had gone viral. Thanks to the special perspective that is the legacy of a Soviet childhood and two decades covering the resurgence of totalitarianism in Russia, Gessen has a sixth sense for signs of autocracy. Now, as the 2020 race takes shape, Gessen's book Surviving Autocracy provides an indispensable overview of the calamitous trajectory of the past few years. Gessen not only highlights the corrosion of the media, the judiciary, and other cherished institutions, but also tells us the story of how a short few years have changed us, from a people who saw ourselves as a nation of immigrants to a populace haggling over a border wall, heirs to a degraded sense of truth, meaning, and possibility. Essential reading for a citizenry still struggling to wrap their heads around the unimaginable, Gessen’s incisive book will be a lodestar in tumultuous times.

Each $30 ticket includes admission to the event, as well as a hardcover copy of Surviving Autocracy; books are distributed at the event, and additional books are for sale. Masha Gessen will sign books following the presentation.

Can't make it to a Brooklyn Voices event?  You can still order the featured books below, and request a signed or personalized copy in the Order Comments field at checkout!  Signed books will be available following the scheduled event. Please note that purchase of a book is not equivalent to purchase of a ticket.

The Splendid and the Vile: A Saga of Churchill, Family, and Defiance During the Blitz (Hardcover)

The System: Who Rigged It, How We Fix It (Hardcover)

All I Ever Wanted: A Rock 'n' Roll Memoir (Hardcover)

By Mikel Jollett
$27.99
ISBN: 9781250621566
Availability: ONLY available for direct-to-home shipping from our supplier warehouse (not available for curbside pickup)
Published: Celadon Books - May 26th, 2020