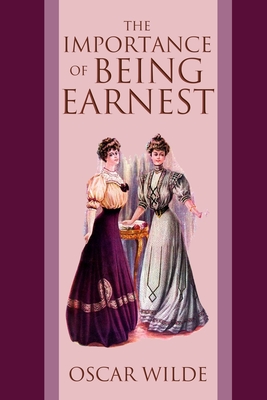 With it's high farce and witty dialogue, The Importance of Being Earnestis Oscar Wilde'smost enduringly popular play.

The play repeatedly mocks Victorian traditions and social customs, marriage and the pursuit of love in particular. In Victorian times earnestness was considered to be the over-riding societal value, originating in religious attempts to reform the lower classes, it spread to the upper ones too throughout the century. The play's very title, with its mocking paradox (serious people are so because they do not see trivial comedies), introduces the theme, it continues in the drawing room discussion, "Yes, but you must be serious about it. I hate people who are not serious about meals. It is so shallow of them," says Algernon in Act 1; allusions are quick and from multiple angles. Wilde managed both to engage with and to mock the genre, while providing social commentary and offering reform.

The play was first produced at the St James's Theatre on Valentine's Day 1895. It was freezing cold but Wilde arrived dressed in "florid sobriety", wearing a green carnation. The audience, according to one report, "included many members of the great and good, former cabinet ministers and privy councillors, as well as actors, writers, academics, and enthusiasts". Allan Aynesworth, who played Algernon Moncrieff, recalled to Hesketh Pearson that "In my fifty-three years of acting, I never remember a greater triumph than that] first night". Aynesworth was himself "debonair and stylish", and Alexander, who played Jack Worthing, "demure".