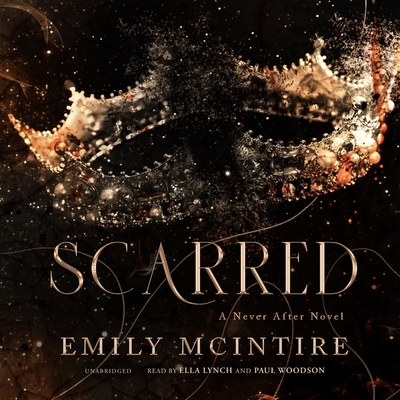 By Emily McIntire, Ella Lynch (Read by), Paul Woodson (Read by)
$41.95
Email orders@greenlightbookstore.com for information about this item.

Once Upon a Time, There was a king who passed.He left behind two sons, one beloved and one outcast.The older of the two was set to take the throne, but before he could, he had to find a queen to call his own.The younger one was known to be unruly and unhinged.The chosen queen was warned to keep far away from him.Beautiful and cunning, in the light is where she stayed.But late at night, it was the shadowed lands in which she played.Mistakes were made and secrets forged;forgetting duty and her sense.And while the new king had her hand, her heart belonged to the scarred prince.Scarred is a dark royal romance. It is not a retelling, and it is not fantasy. It has mature situations and themes which may be considered triggers for some. Listener discretion is advised.