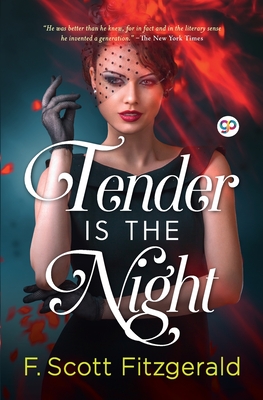 First published in Scribner's Magazine between January and April 1934, 'Tender is the Night' is the final novel completed by American writer F. Scott Fitzgerald, widely regarded as one of the greatest American writers of the 20th century. The title is taken from the poem "Ode to a Nightingale" by John Keats.

It is also the most intensely, even painfully, autobiographical of Fitzgerald's novels; it smolders with a dark, bitter vitality because it is so utterly true. In 1932, Fitzgerald's wife Zelda Sayre Fitzgerald was hospitalized for schizophrenia in Baltimore, Maryland. The author rented the 'la Paix' estate in the suburb of Towson to work on this book, the story of the rise and fall of Dick Diver, a promising young psychoanalyst, and his wife, Nicole, who is also one of his patients.