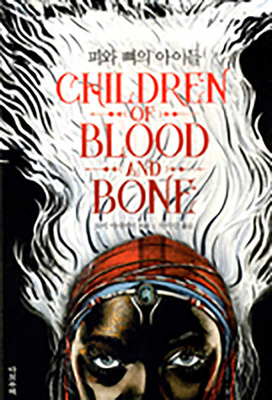 By Tomi Adeyemi
Click on "Ask A Bookseller" to contact us via email for more information about this title.

“When Zelie was a child, she saw her mother and all magic wiped from existence with a tyrant's single, sweeping order. Now she finds herself tasked with restoring that magic to the land of Orisha, with the aid of her brother and that same tyrant's daughter. As Zelie races against time, she reckons with her newfound abilities and the moral complexities they awaken her to. Adeyemi's debut features truly epic world-building without sacrificing the intimate character development that propels the narrative. Every action combines taut pacing with lucid internal monologue, lending each work of magic or physical blow a palpable emotional weight. Stunning, cinematic, and resonant.”
— Bill Grace, Buttonwood Books & Toys, Cohasset, MA

They killed my mother.
They took our magic.
They tried to bury us.

But everything changed the night magic disappeared. Under the orders of a ruthless king, maji were killed, leaving Z lie without a mother and her people without hope.

Now Z lie has one chance to bring back magic and strike against the monarchy. With the help of a rogue princess, Z lie must outwit and outrun the crown prince, who is hell-bent on eradicating magic for good.

Danger lurks in Or sha, where snow leoponaires prowl and vengeful spirits wait in the waters. Yet the greatest danger may be Z lie herself as she struggles to control her powers--and her growing feelings for an enemy.

Praise for Children of Blood and Bone

"This book, with its movie deal already made, will be the next big thing. It is the perfect book follow-up to the movie, Black Panther, too. . . . Children of Blood and Bone is perfect for fans of Nnedi Okorafor, Nancy Farmer, and Angie Thomas." --VOYA, starred review

Tomi Adeyemi is a Nigerian-American writer and creative writing coach based in San Diego, California. After graduating Harvard University with an honors degree in English literature, she studied West African mythology and culture in Salvador, Brazil. She is the author of Children of Blood and Bone.