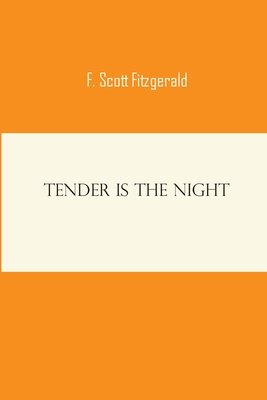 Tender is the Night is the fourth and final novel completed by American writer F. Scott Fitzgerald. It was first published in Scribner's Magazine between January and April 1934 in four issues. The title is taken from the poem "Ode to a Nightingale" by John Keats.

In 1932, Fitzgerald's wife Zelda Sayre Fitzgerald was hospitalized for schizophrenia in Baltimore, Maryland. The author rented the La Paix estate in the suburb of Towson to be close to his wife; at this estate he would begin a novel on the rise and fall of Dick Diver, a promising young psychiatrist, and his wife, Nicole, who is also one of his patients. It was Fitzgerald's first novel in nine years and the last that he would complete.

The early 1930s, when Fitzgerald conceived the book, were the darkest years of his life, and the novel's bleakness reflects his own experiences. The novel almost mirrors the events of Fitzgerald and Zelda's lives, as characters are pulled out of and put back into mental care, and the male figure, Dick Diver, starts his descent into alcoholism. While working on the book, Fitzgerald was beset with financial difficulties. He borrowed money from both his editor and his agent and wrote short stories for commercial magazines.