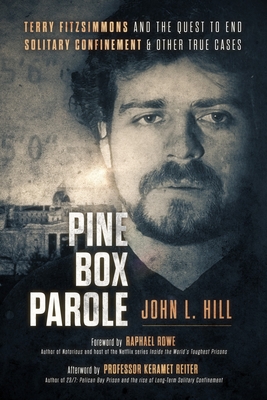 "Terry Fitzsimmons and the Quest for an End to Solitary Confinement" is the basis for a TV series currently in development. Pine Box Parole begins with convicted murderer Terry Fitzsimmons hanging himself in Kingston Penitentiary. Subsequent chapters delve into the killer's background and describe the senseless killings upon which he embarks after spending years in solitary confinement. Prison lawyer John L Hill, attempts to defend Fitzsimmons by putting the blame on the prison system for creating a monster. Part II of the book contains searing stories of five of Hill's imprisoned clients, including the, 'natural born killer' Clifford Olson, and Inderjit Sigh Reyat, the only person to be convicted of the bombing Air India Flight 182. The foreword is by Raphael Rowe, whose career as an investigative journalist and television host was born as a result of spending 12 years in prison for crimes he did not commit. The afterword is by Keramet Reiter a professor in the Department of Criminology, Law and Society and at the School of Law at the University of California, Irvine.

John L. Hill is a lawyer who defends criminals and penitentiary inmates. He is a triple graduate of Queen's University, holds an Honours B.A. and M.A. in political science, a J.D. from the School of Law, and a LLM from Osgoode Hall. He lectures internationally on prison law topics at conferences of the International Assoc. of Psychiatry and the Law and writes columns for The Lawyer's Daily.