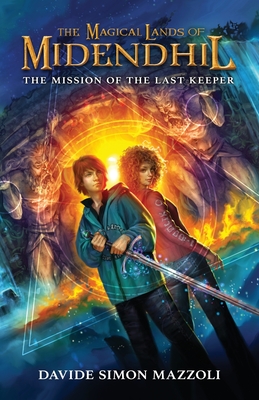 The strength of a man resides in the fear of never fulfilling his destiny.

When your dreams, or more aptly, nightmares, become your reality, how do you deal with that pressure on top of the first year of high school? What if your family has a deep dark secret that has brought to fruition this turmoil and called you away from your crush, who just happens to also be your best friend? Do you accept your fate to save the universe or try to live a "normal" life knowing the truth?

The first year of high school has its difficulties, but for Leonardo with his fiery red hair, it is much more than just difficult. Maya, the girl he has a crush on, only sees him as a friend, then Leonardo is tortured by the school bully right in front of her. If that wasn't enough, a teacher, whose life's goal seems to be to make Leonardo's life a living hell, calls him to the board, waking him from one nightmare only to live out the nightmare of humiliation in front of the class. It couldn't get any worse . . . until it does.

Leonardo's scary visions of a mysterious world seem far too realistic. Feeling he has no other choice, he reaches out to his parents and beloved Uncle Victor for help, only to find out a dark family secret that changes his life forever.

Midendhil, a land at the center of the universe, is in great danger and Leonardo is their only hope. The Dark Lord desperately seeks to steal the eight Sidhit spheres that hold the balance of the universe's life force. It's up to Leonardo to save the Sidhits and the universe.

Will he be up for such an extraordinary mission? Can he discern who is telling the truth after being lied to for so long? How trustworthy are these strangers and strange creatures he meets in Midendhil?

﻿﻿﻿Join Leonardo as he battles between his destiny and his will in the first book in the Magical Lands of Midendhil series.