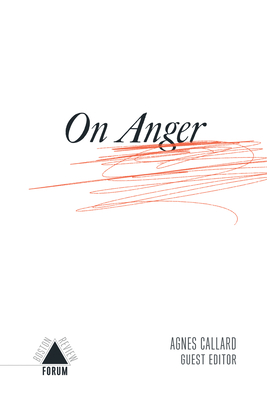 By Agnes Callard (Editor), Deborah Chasman (Foreword by), Joshua Cohen (Foreword by)
$15.95
Email orders@greenlightbookstore.com for information about this item.

Is anger eternal? Righteous? Reflections on the causes and consequences of an phenomenon critical to our intimate and public lives.

From Aristotle to Martha Nussbaum, philosophers have explored the moral status of anger. We get angry for a reason: we feel wronged. That reason can be eternal, some argue, because not even an apology or promise that it won't happen again can change the fact of the original harm. Although there are pragmatic reasons for ceasing to be angry and moving on, is eternal anger moral? Is anger righteous? In this collection, contributors consider these and other questions about the causes and consequences of anger.

Leading off the debate, philosopher Agnes Callard argues that anger is not righteous rage; it is not an effort to solve a problem. Instead, it reflects a cry for help—a recognition that something shared is broken. And only in acknowledging the value of that shared project, she argues, can we begin together to repair it. Anger, then, is a starting point. But could there ever be the end of anger?

Bringing together today's leading thinkers on anger, this volume raises questions critical to our intimate and public lives.

Agnes Callard is Associate Professor in Philosophy at the University of Chicago and the author of Aspiration: The Agency of Becoming.

Joshua Cohen is Coeditor-in-Chief of Boston Review, member of the faculty of Apple University, and Distinguished Senior Fellow in Law, Philosophy, and Political Science at the University of California, Berkeley.

Paul Bloom is Professor of Psychology at Yale University.

"I’m resistant to the idea that moral philosophy is just self-help dressed in tweed, but as this year lurched from one outrage to the next, and as I found myself becoming hoarse (metaphorically, but often literally) from what felt like shouting into a void, this collection became something of a workbook: a tool for parsing the more unwieldy parts of myself, and my loved ones, and the world." —Helen Rosner, The New Yorker