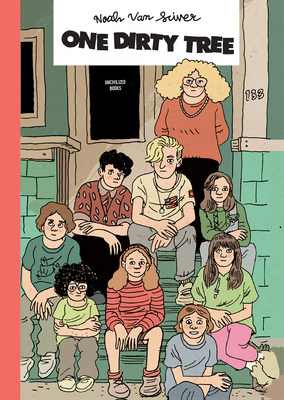 By Noah Van Sciver
$19.95
Available at our distributor; usually ships in 1-5 days

EISNER AWARD NOMINEE Best Reality Based Comic - 2019 Noah Van Sciver is haunted by the house at 133 ____ Street, or as his brothers rechristened it "One Dirty Tree." This sprawling dilapidated New Jersey house was his first home and the site of formative experiences. Growing up in a big, poor, Mormon family--surrounded by comic-books, eight siblings, bathtubs full of dirty dishes--Noah's childhood exerts a powerful force on his present day relationship. Drawn in his inimitable style, written with wry wit and humor, One Dirty Tree is another reason why Noah Van Sciver is one of the best cartoonists of his generation.