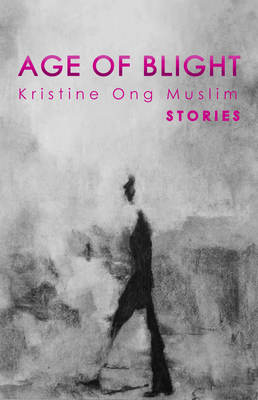 What if the end of man is not caused by some cataclysmic event, but by the nature of humans themselves? In Age of Blight, a young scientist's harsh and unnecessary experiments on monkeys are recorded for posterity; children are replaced by their doppelgangers, which emerge like flowers in their backyards; and two men standing on opposing cliff faces bear witness to each other's terrifying ends. Age of Blight explores a kind of post-future, in which the human race is finally abandoned to the end of its history. Muslim's poetic vignettes explore the nature of dystopia itself, often to darkly humorous effect, as when the spirit of Laika (the Russian space dog that perished on Sputnik 2) tries to befriend a satellite, or when Beth, the narrator's older sister, returns from the dead. The collection is illustrated throughout by the charcoal drawings of RISD artist Alessandra Hogan. In haunting and precise prose, Kristine Ong Muslim posits that humanity's downfall will be both easily preventable and terrifyingly inevitable, for it depends on only one thing: human nature.