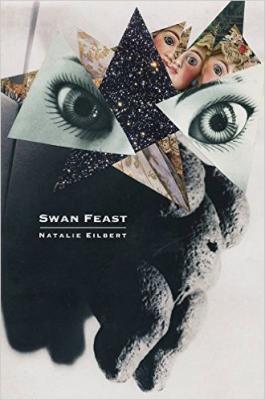 By Natalie Eilbert
Email or call us for information about purchasing this item.
Not In Store / May Not Be Available To Order (email orders@greenlightbookstore.com for details)

Poetry. "Natalie Eilbert's powerful first book is a twenty-first century hymn to the Venus of Wilendorf, a 30,000- year-old figurine whose ample body is a protest against all that seeks to diminish us. Like Plath of "Lady Lazarus," Eilbert speaks with unbridled but precise rage; in lines of propulsive music she takes female self-loathing head on and reveals it for what it is, pervasive, invasive, and invented, like a city that threatens to divest us of our human/animal body. Deeply resistant, these poems get the body back, feeding it, adoring it, finally marrying it, with flamboyance, flare and love. This is the voice of contemporary feminism, brazen, smart, unafraid, and desirous of nothing less than life." Julie Carr

"Natalie Eilbert uses an immense attention-in sentences filigreed and permissive-to show how the sexuality of the real and imagined Venus de Willendorf lives in our pulses, is our pulse, our Texas, our asses on the hood of a car in a trailer park. Every scrap that's flashed into this poet's mind transmutes into an icon for the flesh and the chaotic negotiation of one's desires. Few people can represent such vital, teeming complexity with such bridled rage. Plath stands in the recent past of this voice; Venus de Willendorf becomes a force within it you cannot imagine. Eilbert, standing so near to us, flinches at nothing." Cynthia Arrieu- King

"'There is no document of civilization that isn't also its ruins.' Swan Feast is the banquet of a fallen goddess, told through the trance of an autobiographical duckling girl. The transforming voice is visionary. She connects the discovery of the Venus of Willendorf to the discovery of oil in the Middle East, implicating imperial industrialism to the passing away of Venus into faded memory and historical anorexia. Empire is the tomb of the goddess. To excavate is a 'hilarious privilege, ' and its anachronism borrows illumination from darkness. The duckling is resurrecting ancient powers whose excavation ride on rage, grief, a woman's paradoxically empowered desperation which finds solidity in disappearance. In the wake of suffering, we may remember ourselves. Out of ruin, an alien star rises." Feng Sun Chen

"Time, and the world, want the body, and are coming for it. Natalie Eilbert tears the body down, and makes time and the world go looking for something else to want. Politically charged, performing a gnosticism of our human physiology, and impressionistic like a train, Swan Feast is both a book of poems and a pre-emptive strike." Josh Bell.