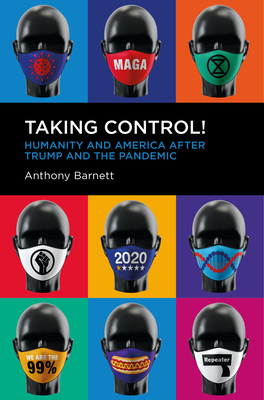 Last call for humanity? Americans can now secure or destroy the world.

From Anthony Barnett, the creator and former editor-in-chief of openDemocracy, comes this blazing response to the confrontation between Trumpism and Biden in America, that sets out how the future of humankind is at stake.

On 6 January 2021, Donald Trump tried to seize the US presidency by force. His aim: to consolidate his nativist rule. He was, and still is, supported by tens of millions of Americans. In response, Joe Biden's administration promises a massive economic shift while a decisive contest unfolds over voter suppression. This contest is of epochal importance. As the future of humankind passes through the prism of the most powerful country in the world, Barnett reflects on the stark, limited spectrum of possible outcomes.

He shows that the frustration of Trumpism is thanks to the decades long resistance to market fundamentalism. But it remains divided and incoherent. It is time for the left to embrace an open, ecological politics or the world will be subordinated to the regimes of the Iron Men and their successors.

Anthony Barnett is a veteran thinker and activist. He’s combined three careers: as a journalist and editor, culminating in co-founding openDemocracy in 2001; as an organiser for rights, liberty and democracy across Britain, as the first coordinator of Charter 88 in 1988; and as an author since the 1980s with books on on Cambodia, the Falklands war, Russia under Gorbachev, Blair and democracy, and with The Lure of Greatness, on Brexit and Trump.