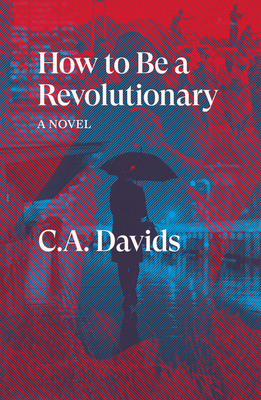 Named one of ESSENCE's "9 South African Entertainers You Should Know"

An extraordinary, ambitious, globe-spanning novel about what we owe our consciences

Fleeing her moribund marriage in Cape Town, Beth accepts a diplomatic posting to Shanghai. In this anonymous city she hopes to lose herself in books, wine, and solitude, and to dodge whatever pangs of conscience she feels for her fealty to a South African regime that, by the 21st century, has betrayed its early promises.

At night, she hears the sound of typing, and then late one evening Zhao arrives at her door. They explore hidden Shanghai and discover a shared love of Langston Hughes--who had his own Chinese and African sojourns. But then Zhao vanishes, and a typewritten manuscript--chunk by chunk--appears at her doorstep instead. The truths unearthed in this manuscript cause her to reckon with her own past, and the long-buried story of what happened to Kay, her fearless, revolutionary friend...

Connecting contemporary Shanghai, late Apartheid-era South Africa, and China during the Great Leap Forward and the Tiananmen uprising--and refracting this globe-trotting and time-traveling through Hughes' confessional letters to a South African protege about the poet's time in Shanghai--How to Be a Revolutionary is an amazingly ambitious novel. It's also a heartbreaking exploration of what we owe our countries, our consciences, and ourselves.

C.A. Davids's debut novel, The Blacks of Cape Town, was published in South Africa and shortlisted for the Edinburgh Book Fest's First Book Award, the University of Johannesburg Debut Writing Prize, and the SALA First-time Published Author Award, among others. She is also the publisher of Everychild Books. She lives in Cape Town.

“Kaleidoscopic … An admirably ambitious and absorbing exploration of activism, betrayal and daily life in interesting times, of increasing relevance in many parts of the world.”
—Sarah Moss, New York Times

“C.A. Davids is one of South Africa's most innovative writers. In How to be a Revolutionary she has written a global novel which explores the hopes and disappointments of twentieth-century revolutions in a series of vivid portraits, one of which is a sensitively realised vision of Langston Hughes. How to be a Revolutionary is a novel that will interest anybody who has found out in his or her personal life how difficult—yet how necessary—it is to try to change the world.”
—Imraan Coovadia, author of A Spy in Time

“An ambitious book, brimming with subtle insights and documenting the human cost of oppression and injustice on three continents.”
— Vikas Swarup, author of Slumdog Millionaire

“I loved How To Be A Revolutionary. This placing side by side of a Chinese, a South African, and an African American together should not work, yet she makes it do so authentically. It is a brave book and I pray that the world reads it with as much delight as I have and sees what a beautiful thing C.A. Davids has created.”
— Jennifer Nansuguba Makumbi, author of The First Woman / A Girl is a Body of Water

“How To Be A Revolutionary is that rare political thriller with an epic sweep. Deftly interweaving upheavals in three countries, C.A. Davids brilliantly dissects the ways we deceive ourselves and fail to live up to our highest ideals while still holding out hope that we can yet wake up and make atonements.”
— Nawaaz Ahmed, author of Radiant Fugitives

“How to be a Revolutionary is a potent and timely meditation on the on-going global struggle for truth, justice, and transparency. Compellingly written and beautifully composed, the novel is both an evocation of the inherent relationship between the personal and the political and a moving testament to how different manifestations of courage are shaped by the unique challenges of the contexts from which they emerge.”
— Ladee Hubbard, author of The Rib King and The Talented Ribkins, winner of the Hurston-Wright Legacy Award

“How to be a Revolutionary draws a line of startling connection from Harlem to Shanghai to Cape Town, traveling through the twentieth century and right up to the present. Part literary thriller for the age of rampant state surveillance, part excavation of the kinds of memories that shame nations, it tells stories of ordinary people united by a determination to improve the lot of the many, often at great personal risk to themselves. Through a virtuosic summoning of voices, each clear in its register and compelling in its force, Davids has written a book of and for the moment through which we are living. It is a brave and necessary work, illuminating the complex energies that tie together North and South, East and West, in surprising and often chilling ways. This is a novel of astonishing empathetic powers.”
— Patrick Flanery, author of I Am No One

“C.A. Davids is a wonder, moving effortlessly between generations and continents, through whispers and whirlwinds, conjuring up not only the physical details of four very different places, but their emotional thrum as well. And all the while, she keeps a steady eye on her characters, who reconcile life's injustices and indignities by simply refusing to live by lies. It's the rare novel that prompts your mind to range far and wide, your lungs to breathe more deeply. I loved it.”
— Brigid Pasulka, author of The Sun and Other Stars

“How to Be a Revolutionary is a novel about the costs of remembering the past and the far more dire consequences of forgetting it.”
—Eileen Gonzalez, Foreword

“There is much to admire here: Davids is excellent on the grind of daily life under repressive regimes, whether it be the brutal terror of apartheid South Africa or the technocratic surveillance state that is present-day China.”
—Peter Whittaker, New Internationalist

“History, like revolutions, is complicated, and Davids is sensitive in her portrayal of the impossible choices that ordinary people face during moments of acute political crisis.”
—Rhian Sasseen, Paris Review

“C.A. Davids doesn’t shy away from confronting big issues that constitute the human condition today. At its heart is the question of how the specific events and actions that comprise the lives of individuals might speak to, and indeed influence, a shared social consciousness.”
—Mark Rappolt, ArtReview

“Exquisite … the sheer beauty of the prose and the shrewdness of the observations will keep the reader entranced.”
—Glen Retief, Mail & Guardian

“How to Be a Revolutionary is a fabulous, sometimes frightening flight of transnational imagination, a truly original debut novel by C.A. Davids. The parallel tales of these three uncertain ‘revolutionaries’ include a fictional story of the poet Langston Hughes, and traverse across time and place, from the 1930’s to the present day, circling around Shanghai, Cape Town and Harlem. This novel could be a textbook for how to write politics and history into a novel, without sentimentality or self-righteous ideology, because Davids’ characters are all vital, flawed and persuasively real. As well, the narrative is rooted in a deep understanding of the political histories and worlds it portrays. This is also a profound and complex investigation of what it means to be both privileged and oppressed, and how there are no easy choices on either the ‘right’ or ‘wrong’ side of history. A fascinating read that takes you into many hearts of darkness. Davids is a talented new voice, and a visionary storyteller of the inescapable histories and experiences that connect us all.”
—Xu Xi, author of Insignificance