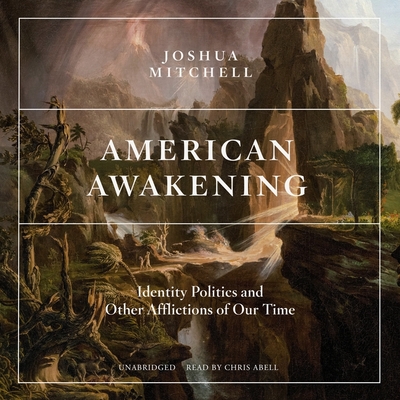 By Joshua Mitchell, Chris Abell (Read by)
$29.95
Email orders@greenlightbookstore.com for information about this item.

In American Awakening, Joshua Mitchell compares today's secular politics of identity--skin tone, gender, and sexuality--to the religious awakenings of America's past. The book asks where the clerisy of identity politics came from, how identity politics claimed a death grip on liberalism, and how can it be defeated.

We are living in the midst of an American Awakening, without God and without forgiveness. The first two Awakenings brought religious renewal; the third--the social gospel movement and its aftermath (1880-1910)--invoked the authority of religion to bring about political and social transformation, but lost sight of Christianity along the way.The Awakening through which we are now living comprehends politics through the categories of religion without recognizing it, has no place for the God who judges or the God who forgives, and has brought America to a dead end, beyond which no one can see. Identity politics renders judgment not based on sins of omission and commission, but on the publicly visible, unalterable attributes that precede whatever citizens might do or leave undone. Identity politics offers no forgiveness for transgressions, because they are irredeemable. Liberal politics was once concerned with working together to build a common world. Identity politics has transformed politics. It has turned politics into a religious venue of sacrificial offering.For the moment, the irredeemable scapegoat is the white, heterosexual, man. After he is humiliated and purged, on whom will innocent victims turn their cathartic rage? White women? Black men?Identity politics is the antiegalitarian spiritual eugenics of our age. It demands that pure and innocent groups ascend, and the stained transgressor groups be purged. If religious revivals are understood as collective efforts to redeem a stained world, then identity politics is an American religious revival--this time around, without God.