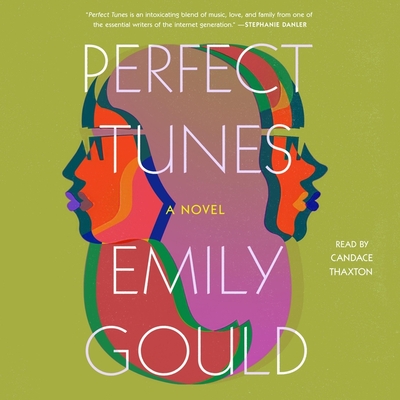 For readers of Stephanie Danler and Meg Wolitzer, Perfect Tunes is a breakout novel from Emily Gould about music, ambition, sacrifice, and how compromises and rebellion shape women's destinies.Have you ever wondered what your mother was like before she became your mother, and what she gave up in order to have you? As Perfect Tunes opens we meet Laura, a songwriter with a one-of-a-kind talent. Newly arrived in New York City in the early days of the new millennium, she's left behind her safe life in Ohio for the East Village, where she hopes to record her first album. But just as she begins to book gigs, she falls hard for a rock star on the rise who's as wasted as he is compelling. His accidental death leaves Laura reeling--and, she soon learns, pregnant. Obligation, confusion, and romantic delusion conspire to convince her to keep the baby, and with the intermittent help of her friend and former bandmate Callie, she begins to raise her daughter Marie alone. She struggles to keep making music, but despite her best efforts it becomes too difficult. Soon, the only songs she writes are for the infant music classes she teaches, leading drooling infants and their parents in nonsensical sing-alongs. Fourteen years later, Marie finds herself grappling with her father's legacy as she battles depression and her mother. Laura has tried to keep Marie from asking too many questions about her biological father's history, but her efforts to protect Marie may only be putting her in greater danger. When Marie runs away to track down Dylan's family, it forces both mother and daughter to confront the heartbreak at the root of their relationship. Laura must face what she's lost to motherhood and find out what parts of her former self might still be hers to reclaim.