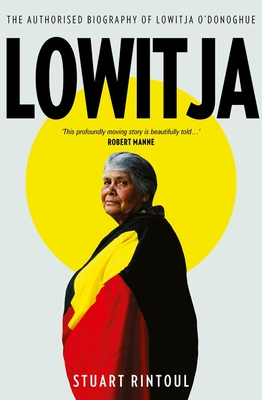 $19.95
Email orders@greenlightbookstore.com for information about this item.

The profoundly moving biography of a truly great Australian who, against the greatest of odds, became one of Australia's most respected and recognizable Indigenous leaders

'I am sometimes identified as one of the "success stories" of the policies of removal of Aboriginal children. But for much of my childhood I was deeply unhappy. I feel I had been deprived of love and the ability to love in return. Like Lily, my mother, I felt totally powerless. And I think this is where the seeds of my commitment to human rights and social justice were sown.' Lowitja O'Donoghue

Lowitja O'Donoghue is a truly great Australian. She is a former Australian of the Year and was the inaugural chair ATSIC. She has represented Australia's Indigenous people at UN forums in Geneva and New York and had Australia become voted to become a republic she would have been a contender to become Australia's first president. This long-awaited authorized biography of arguably the most recognized Indigenous woman in Australia is compellingly written by journalist Stuart Rintoul with Lowitja's full cooperation.

In 2001 a bitter controversy arose over whether Lowitja had been 'stolen' as a child. There has never been any doubt that she had been handed over to missionaries at the United Aborigines Mission in Oodnadatta and was thereafter completely cut off from her mother and her culture, but the circumstances of her arrival at the mission were not precisely known. Stuart Rintoul, who was then a journalist at The Australian, accompanied Lowitja back to Central Australia to search for answers. This biography completes the journey into Lowitja's life and the challenging history of her times.

Stuart Rintoul has been a writer and journalist for more than 30 years, including two decades with The Australian (he is its former Victorian editor) and leading magazines, including Good Weekend. He is the author of Ashes of Vietnam: Australian Voices, the first oral history of Australians in the Vietnam War, and also author of The Wailing: A National Black Oral History, which was recommended by Aboriginal leader Patrick Dodson for inclusion in the Library of Alexandria.