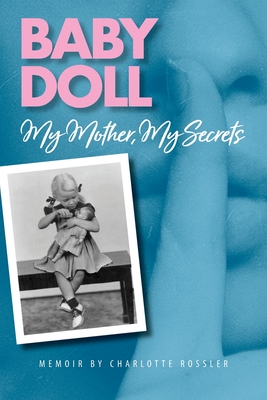 If you like real-life comeback stories, international adventure, and lessons learned walking through fire, then you'll be gripped by Charlotte Rossler's powerful journey.

Baby Doll begins when Charlotte is old enough to stand in front of a stove and is called into service for her seven younger siblings while her own beautiful, charismatic mother disappears for weekend flings.

A lonely teenager, Charlotte becomes pregnant in high school, not once but twice. Before the passage of Roe v. Wade, she has no choice but to surrender both babies, and is ultimately banned from her family in shame.

Over the next few years, each attempt to gain independence leads Charlotte deeper into perilous misadventures included traveling as a drug mule, selling contraband jeans in an Eastern European country, and being pursued by violent men.

In this deeply personal and stirring memoir, Charlotte shares her desperate search for meaning in a chaotic world full of instability. And through her triumph over destructive family secrets, this courageous woman's raw account of self-discovery stands as a beacon of empowerment for those striving to conquer their past and forge a brighter tomorrow.