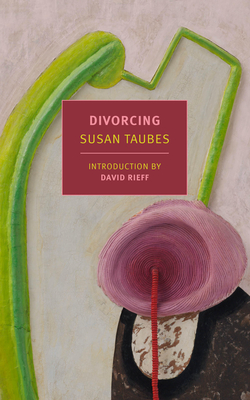 Now back in print for the first time since 1969, a stunning novel about childhood, marriage, and divorce by one of the most interesting minds of the twentieth century.

Dream and reality overlap in Divorcing, a book in which divorce is not just a question of a broken marriage but names a rift that runs right through the inner and outer worlds of Sophie Blind, its brilliant but desperate protagonist. Can the rift be mended? Perhaps in the form of a novel, one that goes back from present-day New York to Sophie’s childhood in pre–World War II Budapest, that revisits the divorce between her Freudian father and her fickle mother, and finds a place for a host of further tensions and contradictions in her present life. The question that haunts Divorcing, however, is whether any novel can be fleet and bitter and true and light enough to gather up all the darkness of a given life.

Susan Taubes’s startlingly original novel was published in 1969 but largely ignored at the time; after the author’s tragic early death, it was forgotten. Its republication presents a chance to discover a splintered, glancing, caustic, and lyrical work by a dazzlingly intense and inventive writer.

Susan Taubes (1928-1969) was born to a Jewish family in Hungary. The daughter of a psychoanalyst, Taubes emigrated to the US in 1939 and studied religion at Harvard. She married the philosopher and scholar Jacob Taubes and taught religion at Columbia University from 1960–69. She committed suicide in 1969, soon after the publication of Divorcing.

David Rieff is the author of ten books, including The Exile: Cuba in the Heart of Miami; Slaughterhouse: Bosnia and the Failure of the West; A Bed for the Night: Humanitarianism in Crisis; Swimming in a Sea of Death: A Son’s Memoir; and, most recently, In Praise of Forgetting: Historical Memory and its Ironies. He lives in New York City.

"Time and history, as experienced both personally and collectively, are just two of the big ideas this novel leaves a reader pondering," —John Williams, The New York Times

“Hungarian American writer Taubes first published this brilliant fever dream of the life, loves, and travels of Sophie Blind shortly before her death in 1969. . . . The result parses how a thinking woman might have gone about divorcing herself from a society that defined her in ways over which she had no control. Taubes’s stylistically innovative book is essential reading for fans of Renata Adler.” —Publishers Weekly

"Divorcing heralded the rise of the lean, epigrammatic fiction of the mid-’70s, such as Renata Adler’s Speedboat and Elizabeth Hardwick’s Sleepless Night. . . . Sophie’s cosmopolitanism, her coolness, her sexual appetite, her exhaustion, her intellectualism and indifferent glamor would become recognizable literary capacities, appealing features of a modern protagonist. . . . Divorcing is the stuff of literary cults. It is vivid and inchoate, its surface slick from recent molting. It is fascinating and flawed, a gathering of antithetical forms, sheered edges, leaps of faith…Some works are merely reissued; this feels more like a resurrection.” —Dustin Illingworth, The Paris Review

“Divorcing is often very funny, always alive, bursting with ideas, full of formal vitality and change. . . . [T]his feels like a book both stuffed with fiction and nonfiction, memory and play.” —Scott Cheshire, The Washington Post

"Divorcing is a compendium of severance: not just a wife from her husband, but a family from their homeland, and a people from their God.” —Jess Bergman, Jewish Currents

"Divorcing, teems with stylistic daring, taunts with irreverence, and glints with genius . . . an astonishing work of art, decades ahead of its time, whose formal innovations and insistent excavation of the unspoken corners of female consciousness we now take for granted as de rigueur. . . . Taubes constructs the novel as though piecing together a kaleidoscope of experiences from broken shards of glass. The results are uneven but riveting, ultimately concerned with the question of where writing alone—and the novel form in particular—can take us.” —Jennifer Schaffer, The Nation