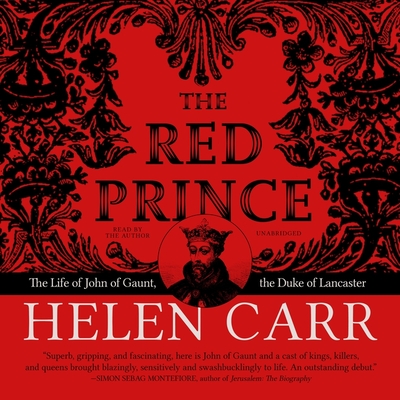 By Helen Carr, Helen Carr (Read by)
$29.95
Email orders@greenlightbookstore.com for information about this item.

Medieval history from a rising star in the field, this is a biography of one of the most important figures of the age, John of Gaunt.

John Gaunt was the son of Edward III, brother to the Black Prince, father to Henry IV, and the sire of all those Tudors. He has had pretty bad press: supposed usurper of Richard II's crown and the focus of hatred in the Peasants' Revolt, as they torched his home, the Savoy Palace.

Helen Carr paints a complex portrait of a man who held the levers of power on the English and European stage, passionately upheld chivalric values, pressed for the Bible to be translated into English, patronized the arts--and, if you follow Shakespeare, gave the most beautiful oration on England: this sceptred isle...this blessed plot.

The Red Prince is an engrossing drama of political machinations, violence, romance, plague, revolt, and tragedy played out at the cusp of a new era.