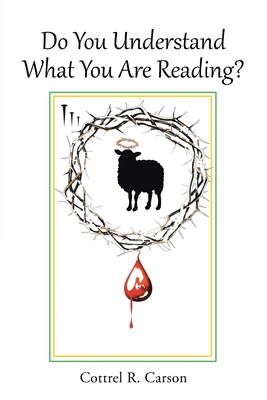 Do You Understand What You Are Reading? is an attempt to read the Ethiopian eunuch story in the historical, grammatical, and cultural contexts presented within the narrative of Acts. Soon after Luke wrote Acts, which is the only New Testament book of history, interpreters (Church Fathers) began wrestling with the moral-Promise-worldview it contained. Many, not all, signified upon the Ethiopian character in ways that expressed disdain for Imperial eunuchs who were their contemporaries. It was a time of transformation in Western culture.

As Rome attracted the best and brightest from all cultures, positions held by Imperial eunuchs were coveted; they were national bureaucrats, priests, and confidants to monarchs. Roman emperor Domitian (81-96) issued an edict banning making eunuchs, while maintaining his own eunuch, Stephanus. Domitian was murdered by courtiers and castrated. Roman emperor Constantine (306-337) issued another edict banning making eunuchs. The social climate became extremely hostile for high-ranking eunuchs as they were attacked in public culture-theater, music, poetry (spoken, written and sung).

In 399, Eutropius-a eunuch, the first and only eunuch Consul in the Eastern Roman Empire-was murdered by his own troops. The Syrian poet Claudian wrote and published a political invective attacking him, which focused social hostility toward him. He ran to Church Father John Chrysostom's church. Eutropius had placed Chrysostom over his bishopric. Eutropius stayed at the altar for three days after Chrysostom closed the sanctuary. On the third day, he emerged and was promptly killed. Afterward, a general slaughter of eunuchs occurred throughout the Western empire; although, they may still be found in the east (e.g. Hijras).

In the midst of tectonic shifts in Greco-Roman society, in Acts, Luke engages Greco-Roman culture on behalf of Promise. His audience includes Imperial eunuchs, whose salvation prophets Isaiah and Jeremiah had foretold, and who were Luke's contemporaries.