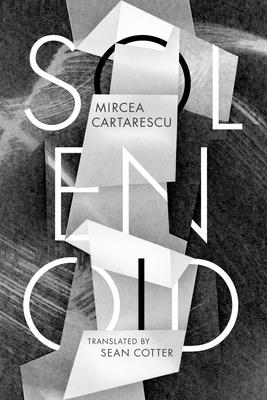 NAMED ONE OF THE BEST BOOKS OF 2022 by the New Yorker, Publishers Weekly, The Financial Times, Words Without Borders

A highly-acclaimed master work of fiction from Cărtărescu, author of Blinding: an existence (and eventually a cosmos) created by forking paths.

Based on Cărtărescu's own role as a high school teacher, Solenoid begins with the mundane details of a diarist's life and quickly spirals into a philosophical account of life, history, philosophy, and mathematics. One character asks another: when you rush into the burning building, will you save the newborn or the artwork? On a broad scale, the novel's investigations of other universes, dimensions, and timelines reconcile the realms of life and art.

The novel is grounded in the reality of late 1970s/early 1980s Communist Romania, including long lines for groceries, the absurdities of the education system, and the misery of family life. The text includes sequences in a tuberculosis sanatorium, an encounter with an anti-death protest movement, a society of dream investigators, and an extended visit to the miniscule world of dust mites living on a microscope slide.

Combining fiction with autobiography and history-- the scientists Nicolae Tesla and George Boole, for example, appear alongside the Voynich manuscript--Solenoid ruminates on the exchanges possible between the alternate dimensions of life and art, as various, monstrous dimensions erupt within the Communist present.