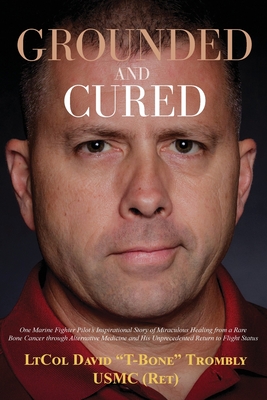 A Marine with a budding career as an F/A-18 fighter pilot, David Trombly received the shocking news that he had a rare terminal cancer, a Primary Lymphoma of Bone, from which there had never been a military survivor. With this knowledge, he and his wife, Megan, embarked upon the difficult research of alternative treatments. This propelled them into not only a battle for David's life but also his military career.

Journey with them through ambushes, EMCON, and reconnaissance missions all the way to Washington D.C.'s highest military medical court in the exciting, true story of courage and peace as told in the pages of Grounded and Cured.