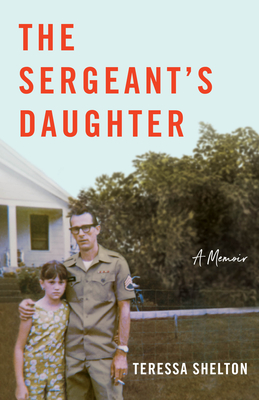 As a little girl, Teressa's father dotes on her and little sister, Karen, while mercilessly mocking her older sister, Debbie. Teressa thinks its Debbie's fault--until she gets a little older and he begins tormenting her, too. Soon enough, his verbal abuse turns physical. Her sergeant father brings his military life home, meeting each of his daughters' infractions with extreme punishment for them all. Meanwhile, their mother watches silently, never defending her daughters and never subjected to physical abuse herself. Terrified to be at home and terrified to tell anyone, Teressa seeks solace in books, music, and the family she can find outside of her home: a best friend, a kind neighbor, and a doting grandfather. At first cowed by her father's abuse and desperate to believe that maybe, one day, things will change, Teressa ultimately grows into a young woman who understands that if she wants a better life, she'll have to build it for herself--so she does.