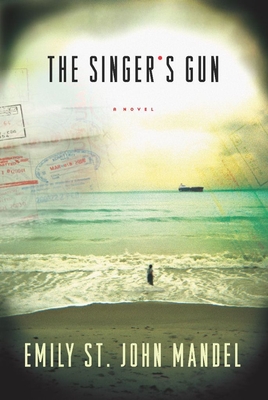 “Emily St. John Mandel's second novel proves that she is a writer to watch out for. Anton Waker wants out of the life of corruption in which he grew up. Unfortunately, it isn't an easy thing to shake. Elena, a college drop-out in the U.S. illegally, wants never to return to her isolated hometown again. These two form a love based on half-truths and outright lies. This is a novel of suspense, mystery, and international intrigue, a tale of family loyalties and the daunting price that some must pay for their independence.”
— Joe Eichman, Tattered Cover Bookstore, Denver, CO

Everyone Anton Waker grew up with is corrupt. His parents deal in stolen goods and his first career is a partnership venture with his cousin Aria selling forged passports and social security cards to illegal aliens. Anton longs for a less questionable way of living in the world and by his late twenties has reinvented himself as a successful middle manager. Then a routine security check suggests that things are not quite what they appear. And Aria begins blackmailing him to do one last job for her. But the seemingly simple job proves to have profound and unexpected repercussions.