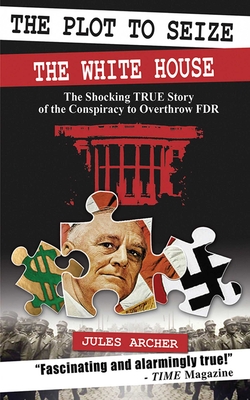 By Jules Archer
$14.95
Email orders@greenlightbookstore.com for information about this item.

Most people will be shocked to learn that in 1933 a cabal of wealthy industrialists—in league with groups like the K.K.K. and the American Liberty League—planned to overthrow the U.S. government in a fascist coup. Their plan was to turn discontented veterans into American "brown shirts," depose F.D.R., and stop the New Deal. They clandestinely asked Medal of Honor recipient and Marine Major General Smedley Darlington Butler to become the first American Caesar. He, though, was a true patriot and revealed the plot to journalists and to Congress. In a time when a President has invoked national security to circumvent constitutional checks and balances, this episode puts the spotlight on attacks upon our democracy and the individual courage needed to repel them.

Jules Archer served four years during World War II in the Pacific with the Army Air Corps. He wrote many books on political events and personalities, including The Dictators; Hawks,Doves and the Eagle; and The Extremists. He lived in New York until his passing.