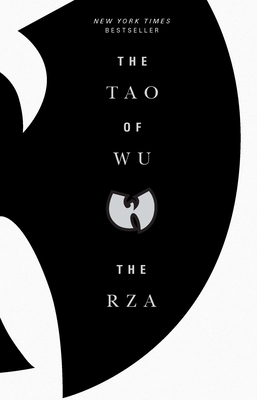 From the founder of the Wu-Tang Clan—celebrating their 25th anniversary this year—an inspirational book for the hip hop fan.


The RZA, founder of the Wu-Tang Clan, imparts the lessons he's learned on his journey from the Staten Island projects to international superstardom. A devout student of knowledge in every form in which he's found it, he distills here the wisdom he's acquired into seven "pillars," each based on a formative event in his life-from the moment he first heard the call of hip-hop to the death of his cousin and Clan- mate, Russell Jones, aka ODB. Delivered in RZA's unmistakable style, at once surprising, profound, and provocative, The Tao of Wu is a spiritual memoir the world has never seen before, and will never see again. A nonfiction Siddhartha for the hip-hop generation from the author of The Wu-Tang Manual, it will enlighten, entertain, and inspire.

The RZA is most famous as the founder and leader of the Wu-Tang Clan, the platinum-selling hip-hop group that is widely considered one of the most important of all time, and has also spanned multiplatinum solo careers for many of its members, including RZA. Originally from Staten Island, he is currently based in Los Angeles, where he has continued his music career while successfully branching out into lecturing, television, and film.