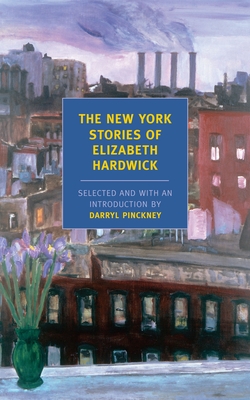 Elizabeth Hardwick was one of America’s great postwar women of letters, celebrated as a novelist and as an essayist. Until now, however, her slim but remarkable achievement as a writer of short stories has remained largely hidden, with her work tucked away in the pages of the periodicals—such as Partisan Review, The New Yorker, and The New York Review of Books—in which it originally appeared. This first collection of Hardwick’s short fiction reveals her brilliance as a stylist and as an observer of contemporary life. A young woman returns from New York to her childhood Kentucky home and discovers the world of difference within her. A girl’s boyfriend is not quite good enough, his “silvery eyes, light and cool, revealing nothing except pure possibility, like a coin in hand.” A magazine editor’s life falls strangely to pieces after she loses both her husband and her job. Individual lives and the life of New York, the setting or backdrop for most of these stories, are strikingly and memorably depicted in Hardwick’s beautiful and razor-sharp prose.

Elizabeth Hardwick (1916–2007) was born in Lexington, Kentucky, and educated at the University of
Kentucky and Columbia University. A recipient of a Gold Medal from the American Academy of Arts and Letters, she is the author of three novels, a biography of Herman Melville, and four collections of essays. She was a cofounder and advisory editor of The New York Review of Books and contributed more than one hundred reviews, articles, reflections, and letters to the magazine. NYRB Classics publishes Sleepless Nights, a novel, and Seduction and Betrayal, a study of women in literature.

Darryl Pinckney is the author of a novel, High Cotton, and, in the Alain Locke Lecture Series, Out There: Mavericks of Black Literature.

“Hardwick wrote when she had something to say, and she took her time; the impression of ease is owing strictly to her style. Not a poet, she produced a poet’s prose…” –The Guardian (London)

“Nobody writing prose now gives me as much pleasure as Elizabeth Hardwick. She honors our language and enlivens our woe.” —Susan Sontag

"Elizabeth Hardwick died in 2007, but her influence can still be felt in any writer who knows that a story or essay’s tone is based as much on a word’s weight, and the rhythm of a paragraph, as it is on thesis and intention....In the novelist and critic Darryl Pinckney, Hardwick has a brilliant champion. He has gathered together the best of Hardwick’s short fiction in The New York Stories of Elizabeth Hardwick, and, in his powerful and insightful introduction, he expresses something of the charm of the woman—and her great struggles to produce stories that reflected her unique process of intellection, her engagement in the world of ideas. " — Hilton Als, The New Yorker