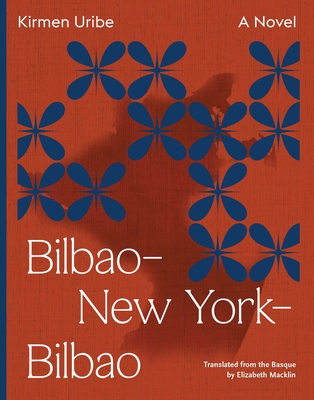 On a transatlantic flight between Bilbao and New York City, a fictional version of Kirmen Uribe recalls three generations of family history--the inspiration for the novel he wants to write--and ponders how the sea has shaped their stories.

The day he knew he was going to die, our narrator's grandfather took his daughter-in-law to the Fine Arts Museum in Bilbao, the de facto capital of the Basque region of northern Spain, to show her a painting with ties to their family. Years later, her son Kirmen traces those ties back through the decades, knotting together moments from early twentieth-century art history with the stories of his ancestors' fishing adventures--and tragedies--in the North Atlantic Ocean. Elegant, fluid storytelling is punctuated by scenes from Kirmen's flight, from security line to airport bar to jet cabin, and reflections on the creative writing process.

This original and compelling novel earned debut author Kirmen Uribe the prestigious National Prize for Literature in Spain in 2009. Exquisitely translated from Basque to English by Elizabeth Macklin, Bilbao-New York-Bilbao skillfully captures the intersections of many journeys: past and present, physical and artistic, complete and still unfolding.

Bilbao-New York-Bilbao is the second book commissioned for the Spatial Species series, edited by Youmna Chlala and Ken Chen. The series investigates the ways we activate space through language. In the tradition of Georges Perec's An Attempt at Exhausting a Place in Paris, Spatial Species titles are pocket-sized editions, each keenly focused on place. Instead of tourist spots and public squares, we encounter unmarked, noncanonical spaces: edges, alleyways, diasporic traces. Such intimate journeying requires experiments in language and genre, moving travelogue, fiction, or memoir into something closer to eating, drinking, and dreaming.

Kirmen Uribe writes in Basque. He is one of the most relevant and widely translated writers of his generation in Spain. He has written two collections of poems and four novels. Uribe won Spain's National Prize for Literature for his first novel, Bilbao-New York-Bilbao. His works have appeared in the New Yorker and the Paris Review, among many other journals. He was selected for the Iowa International Writers Program in 2017 and was awarded the New York Public Library Cullman Center Fellowship for 2018-2019. He is now based in New York City, where he teaches creative writing at New York University.Elizabeth Macklin is the author of the poetry collections A Woman Kneeling in the Big City and You've Just Been Told. A 1994 Guggenheim Fellow in Poetry, she received, in 1998, an Amy Lowell Poetry Travelling Scholarship, which allowed her to spend a year in the Basque Country, beginning studies in Euskara. Her translation of Kirmen Uribe's first poetry book, Meanwhile Take My Hand, was published in 2007. In addition to Bilbao-New York-Bilbao, she has translated numerous multimedia works in which Uribe has been involved. In the Basque Country she is a member of Zart Cultural Center.