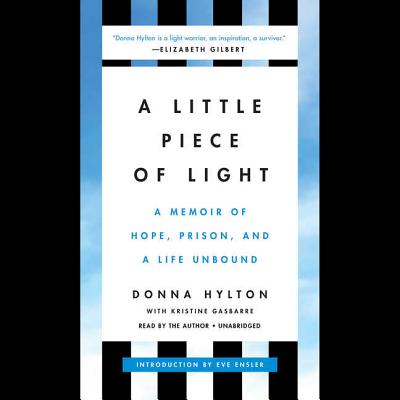 By Donna Hylton (Read by), Kristine Gasbarre (Contribution by)
$90.99
Email orders@greenlightbookstore.com for information about this item.

Today, Donna Hylton is a groundbreaking advocate for criminal justice reform-she was a featured speaker at the 2017 Women's March on Washington, and she works hand-in-hand with other influential voices such as Eve Ensler, Michelle Alexander, and Rosario Dawson to ensure prison safety and to end mass incarceration in the United States. In fact, Dawson has signed on to play Hylton in a movie that is now in development.

But in 1986, Hylton experienced prison from the inside when she was sentenced to twenty-five years to life for kidnapping and second-degree murder. Like so many women before her and so many women yet to come, her life had been a nightmare of abuse that left her feeling alone and convinced of her worthlessness. With her sentencing, it seemed that Donna had reached the end-at age nineteen, due to her own mistakes and bad choices, her life was over.

But behind the bars of Bedford Hills Correctional Facility, alongside this generation's most infamous female criminals, Donna learned to fight-and then to thrive. For the first time in her life, she realized that she was not alone in the abuse and misogyny that she experienced; as she bonded with her new sisters, she discovered that her pain was not an anomaly, but a commonality among women from all walks of life.

It's a reality that she has since vowed to change. Since her release in 2012, Donna has emerged as a leading advocate for criminal justice reform and women's rights who speaks with politicians, violent abusers, prison officials, victims, and students to tell her story. But it's not her story alone, she is quick to say. She also represents the stories of thousands of women who are unable to speak for themselves because they have been silenced, imprisoned, or killed.