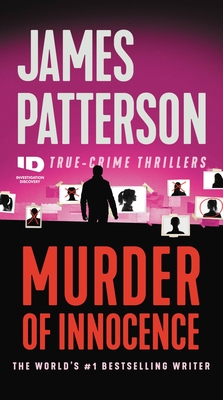 This is book number 5 in the ID True Crime series.

Dive into two dark stories of crime and murder from a New York Times bestselling author, inspired by true crime horrors where murder isn't always the worst thing that can happen to you . . .
Murder of Innocence: It's impossible to resist Andrew Luster. He's rich, charming, and good-looking, and dozens of women have fallen under his spell. But Andrew is no mere womanizer. He's a predator, and it'll take a global effort to put him behind bars. (with Max DiLallo) A Murderous Affair: Mark Putnam is a rookie FBI agent given his first assignment in a remote part of Kentucky, a land of coal miners and meth dealers. Within his first months on the job, a young female informant named Susan Smith helps him make a big break in an important case. Rumors begin circulating that the agent and his informant are having an affair. After Susan starts telling people that she is pregnant with the FBI agent's baby, she suddenly disappears. (with Andrew Bourelle)

James Patterson has had more New York Times bestsellers than any other writer, ever, according to Guinness World Records. Since his first novel won the Edgar Award in 1977 James Patterson's books have sold more than 375 million copies. He is the author of the Alex Cross novels, the most popular detective series of the past twenty-five years, including Kiss the Girls and Along Came a Spider. He writes full-time and lives in Florida with his family.