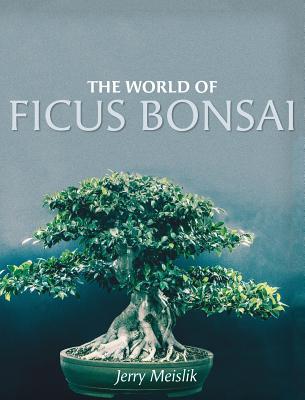 Jerry Meislik is a well-known bonsai lecturer, demonstrator, teacher and writer. He has written articles for many of the major bonsai publications including Bonsai Journal of the American Bonsai Society and Bonsai Clubs International magazine. Jerry maintains a very active bonsai web site at www.bonsaihunk.us. There are more than 70 articles written by Jerry in various online forums and groups. The author is an acknowledged expert on the genus Ficus as it is applied to the growing of bonsai. He previous book on Figs, Ficus: The Exotic Bonsai was printed in both hard and soft cover editions. This prior book was used as the start and backbone of this new book The World of Ficus Bonsai. This new book is written for the everyday bonsai grower who wishes help in growing, styling and making the best fig bonsai possible from a tree or two and also contains information about figs suitable for the advanced bonsai grower and artist. The book is highly enhanced from the first book as it now contains over 40 Ficus species references that will greatly help the bonsai enthusiast to identify and to grow these specimens. Also included are photos of many Ficus species to aid in identifying the often confusing world of Ficus. There is also a list of Ficus that likely will prove difficult to grow as bonsai. Jerry has held many offices in the bonsai world. He has been president and vice-president of the Big Sky Bonsai Society; chairman of the publications committee of the American Bonsai Society; a member of the board of the National Bonsai Foundation; and is an honorary member of the Ann Arbor Bonsai Society of Michigan. Jerry has had two of his masterpiece bonsai accepted into the Matthaei Botanical Gardens Bonsai collection of the University of Michigan and into the Denver Botanic Garden Bonsai collection. He has traveled abroad to Canada, Japan, Korea, Hong Kong, Vietnam, Cambodia, Thailand, Malaysia, Canada, Chile, Myanmar, Argentina and other countries to give demonstrations as well as to study their bonsai culture and of course to view and to learn from their bonsai trees.