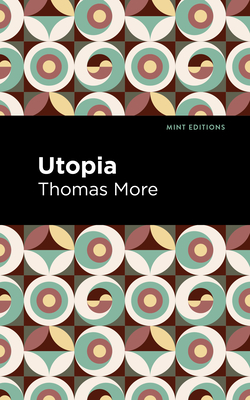 Utopia (1516) is a work of political satire by Thomas More. Published in Latin while More was serving as Privy Counsellor under King Henry VIII, the text is stylized as a true account of a new civilization discovered in the New World by traveler Raphael Hythlodaeus. While there have been varying interpretations of Utopia over the centuries, it is most consistently regarded as a work of political philosophy in the tradition of Plato's Republic that satirizes European society by contrast with the laws and traditions of the Utopian people. "The island of Utopia is in the middle two hundred miles broad, and holds almost at the same breadth over a great part of it, but it grows narrower towards both ends. Its figure is not unlike a crescent." For centuries, Utopia has been seen as an essential work of Renaissance humanism for its vision of a just and highly organized political system characterized by the abolition of private property, communal values, full employment, and free accessible healthcare. While scholars have long debated whether More envisioned his Utopia as a positive representation of society or as merely an unattainable vision of life on earth, his work remains an essential contribution to political discourse that continues to inform readers today. With a beautifully designed cover and professionally typeset manuscript, this edition of Thomas More's Utopia is a classic work of English literature reimagined for modern readers.