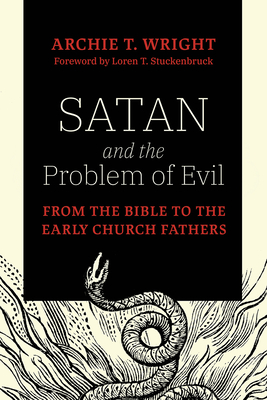 Satan's transformation from opaque functionary to chief antagonist is one of the most striking features of the development of Jewish theology in the Second Temple Period and beyond. Once no more than an accuser testing members of the human community, Satan, along with his demons, is presented by Jewish apocalyptic texts and the New Testament as a main source of evil in the world. In Satan and the Problem of Evil, noted scholar Archie Wright explores this dynamic in both its historical and theological trajectories.

Interactions with Zoroastrianism led Jewish and Christian writers of the Second Temple Period to separate God from responsibility for evil in the world. This led to the emergence of a heavenly being that is responsible for evil and suffering: Satan. Satan and the Problem of Evil charts the development of Satan traditions and the problem of evil from the Hebrew Bible and its various translations in the Greek Septuagint to Jewish literature from the Second Temple Period to the Greek New Testament. It concludes by examining the writings of the early church theologians, from the late first century through the fourth century CE. Wright argues that these latter writers present a shift in the understanding of Satan to one that is significantly different from the Jewish Scriptures, extrabiblical Jewish literature, and the New Testament.

Accessibly written and comprehensive in scope, Satan and the Problem of Evil offers researchers, scholars, students, and even the general reader a definitive treatment of a perennial question.