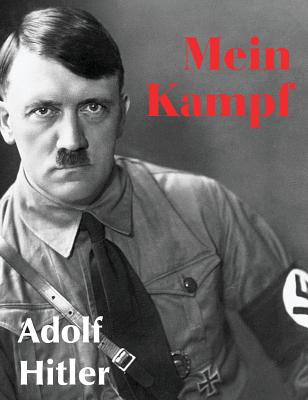 By Adolf Hitler
$35.49
Available to order (allow for shipping time to bookstore or direct-to-home)

Mein Kampf, in English, My Struggle, is a book combining elements of Adolf Hitler's autobiography and an exposition of his political ideology.
Volume 1, titled 'A Retrospect', was originally published in 1925 and Volume 2, titled 'The National Socialist Movement' was originally published in 1926. Both volumes are included here.
Hitler began the dictation of the book while imprisoned for what he termed "political crimes" after his failed revolution in Munich in November 1923. Though Hitler received many visitors earlier on, he soon devoted himself entirely to Mein Kampf. As he continued he realized that it would have to be a two-volume work, with the first volume scheduled for release in early 1925. The prison governor of Landsberg noted at the time that "he hopes the book will run into many editions, thus enabling him to fulfill his financial obligations and to defray the expenses incurred at the time of his trial."
"On April 1st, 1924, I began to serve my sentence of detention in the Fortress of Landsberg am Lech, following the verdict of the Munich People's Court of that time.
"After years of uninterrupted labour it was now possible for the first time to begin a work which many had asked for and which I myself felt would be profitable for the Movement. So I decided to devote two volumes to a description not only of the aims of our Movement but also of its development. There is more to be learned from this than from any purely doctrinaire treatise."