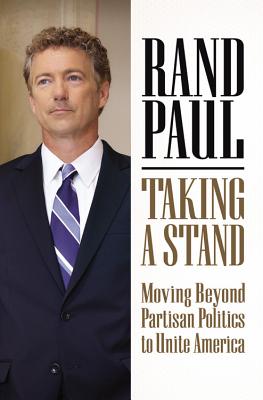 By Rand Paul
$15.99
Email orders@greenlightbookstore.com for information about this item.

Senator Rand Paul, leading national politician and 2016 Presidential candidate, presents his vision for America.
From his electrifying thirteen-hour filibuster against administration-orchestrated drone strikes against U.S. citizens, to leading the discourse on criminal justice, Senator Rand Paul has taken Washington by storm. His outreach to this country's minority communities alone- championing reforms of mandatory minimum sentencing, school choice, and the creation of enterprise zones for economically depressed areas- distinguishes him as a politician and Republican the likes of which are rarely seen.

What lies ahead is Senator Paul's plan for America, where lower taxes and smaller government empower a muscular and expansive middle class; an America that doesn't engage in nation-building or fight wars where the best outcome is stalemate; an America that believes in constitutionally protected liberty and the separation of powers.

SENATOR RAND PAUL has represented Kentucky in the United States Senate since winning the seat in 2010. When he is not in session in Washington D.C., he lives in Bowling Green, Kentucky. He and his wife Kelley have three sons.