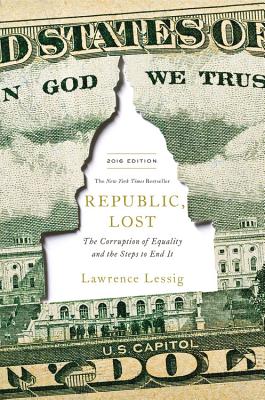 By Lawrence Lessig
Click on "Ask A Bookseller" to contact us via email for more information about this title.
Not In Store / May Not Be Available To Order (email orders@greenlightbookstore.com for details)

Harvard Law School professor Lawrence Lessig investigates the most vexing problem in American democracy: how money corrupts our nation's politics, and the critical campaign to stop it.

REPUBLIC, LOST is a powerful reminder that this problem goes deeper than poor legislative tactics or bad character. As progressives contemplate how best to pick up the pieces after recent setbacks, a robust agenda to change how business gets done in the capital needs to be part of the picture. This time, we'd better mean it.—Matthew Yglesias, The American Prospect