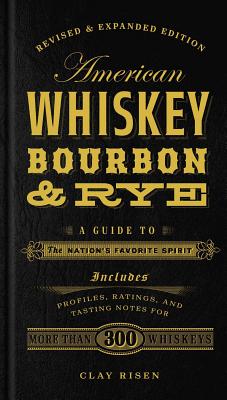 Organized in an A-to-Z directory by distillery, then brand, this second edition of American Whiskey, Bourbon & Rye features more than 330 whiskeys, including more than 120 new entries. Each section includes a brief history of the maker, along with its location, followed by a full account of each bottling, including details on age, proof, nose, color, body, palate, price, as well as an overall rating. A comprehensive primer provides a short history of the spirit, how it's made, and how to enjoy it, including tips on organizing tasting sessions. Also included are a glossary of terms, a selection of top whiskeys by value and ratings, a handy checklist, and two helpful indexes. With this book, choosing from among the many whiskeys, bourbons, and ryes made in America has never been easier.

Clay Risen is an editor at the New York Times, where he has written extensively on whiskey, rum, and other spirits. He has also written for The Atlantic, Smithsonian, and the Washington Post. He is the author of A Nation on Fire: America in the Wake of the King Assassination (Wiley, 2009) and The Bill of the Century: The Epic Battle for the Civil Rights Act (Bloomsbury, 2014). Risen grew up in Nashville, Tennessee, and lives in Brooklyn, NY, with his wife and two young children.