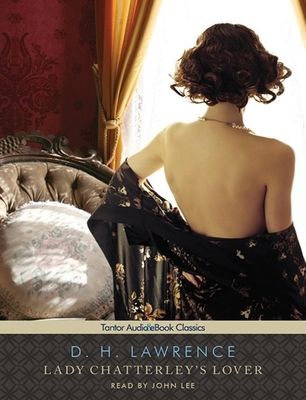 The last and most famous of D. H. Lawrence's novels, Lady Chatterley's Lover was published in 1928 and banned in England and the United States as pornographic. While sexually tame by today's standards, the book is memorable for better reasons-Lawrence's masterful and lyrical prose, and a vibrant story that takes us bodily into the world of its characters. As the novel opens, Constance Chatterley finds herself trapped in an unfulfilling marriage to a rich aristocrat whose war wounds have left him paralyzed and impotent. After a brief but unsatisfying affair with a playwright, Lady Chatterley enjoys an extremely passionate relationship with the gamekeeper on the family estate, Oliver Mellors. As Lady Chatterley falls in love and conceives a child with Mellors, she moves from the heartless, bloodless world of the intelligentsia and aristocracy into a vital and profound connection rooted in sexual fulfillment. Through this novel, Lawrence attempted to revive in the human consciousness an awareness of savage sensuality, a sensuality with the power to free men and women from the enslaving sterility of modern technology and intellectualism. Perhaps even more relevant today than when it first appeared, Lady Chatterley's Lover is a triumph of passion and an erotic celebration of life.

D. H. Lawrence (1885-1930) was a British writer of novels, poems, essays, short stories, and plays whose best-known books include "The Rainbow," "Women in Love," and "Lady Chatterley's Lover."

British narrator John Lee has read audiobooks in almost every conceivable genre, from Charles Dickens to Patrick O'Brian. He has won numerous Audie Awards and "AudioFile" Earphones Awards, and he was named a Golden Voice by "AudioFile" in 2009.