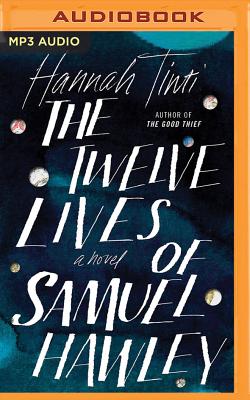 By Hannah Tinti, Elizabeth Wiley (Read by)
Click on "Ask A Bookseller" to contact us via email for more information about this title.
Not In Store / May Not Be Available To Order (email orders@greenlightbookstore.com for details)

A father protects his daughter from the legacy of his past--and the truth about her mother's death--in this thrilling new novel from the prize-winning author of The Good Thief.

After years spent living on the run, Samuel Hawley moves with his teenage daughter, Loo, to Olympus, Massachusetts. There, in his late wife's hometown, Hawley finds work as a fisherman, while Loo struggles to fit in at school and grows curious about her mother's mysterious death. Haunting them both are twelve scars Hawley carries on his body, from twelve bullets in his criminal past--a past that eventually spills over into his daughter's present, until together they must face a reckoning yet to come. This father-daughter epic weaves back and forth through time and across America, from Alaska to the Adirondacks. Both a coming-of-age novel and a literary thriller, The Twelve Lives of Samuel Hawley explores what it means to be a hero, and the cost we pay to protect the people we love most.

"She is an adventuress who lays bare her characters' hearts with a precision and a fearlessness that will leave you shaken."--Junot D az

"The key to Tinti's success . . . is the constant tension between tenderness and peril."--The Washington Post