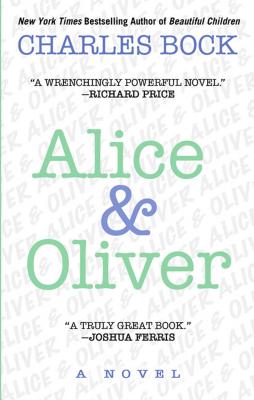 By Charles Bock
Click on "Ask A Bookseller" to contact us via email for more information about this title.
Not In Store / May Not Be Available To Order (email orders@greenlightbookstore.com for details)

The award-winning and "New York Times" bestselling author of"Beautiful Children"has created an unflinching yet deeply humane portrait of a young family's journey through a medical crisis, laying bare a couple's love and fears as they fight for everything that's important to them.
New York, 1993. Alice Culvert is a caring wife, a doting new mother, a loyal friend, and a soulful artist a fashion designer who wears a baby carrier and haute couture with equal aplomb. In their loft in Manhattan's gritty Meatpacking District, Alice and her husband, Oliver, are raising their infant daughter, Doe, delighting in the wonders of early parenthood.
Their life together feels so vital and full of promise, which makes Alice's sudden cancer diagnosis especially staggering. In the span of a single day, the couple's focus narrows to the basic question of her survival. Though they do their best to remain brave, each faces enormous pressure: Oliver tries to navigate a labyrinthine healthcare system and handle their mounting medical bills; Alice tries to be hopeful as her body turns against her. Bracing themselves for the unthinkable, they must confront the new realities of their marriage, their strengths as partners and flaws as people, how to nourish love against all odds, and what it means to truly care for another person.
Inspired by the author's life, "Alice & Oliver" is a deeply affecting novel written with stunning reserves of compassion, humor, and wisdom. Alice Culvert is an extraordinary character a woman of incredible heart and spirit who will remain in memory long after the final page.
Praise for "Alice & Oliver"
The novel's power is in its two characters messy negotiation of their fears, errors and shifting affections. . . . Bock offers a forceful reminder that there are plenty of roiling emotions underneath that till-death-do-us-part. "Los Angeles Times"
""
Even more than the meticulous details of drugs, treatments and side effects, Bock's tender portrayal of his characters] in all their desolation gives "Alice & Oliver"] its ring of truth. . . . I loved this novel. "Newsday"
""
"Alice & Oliver" shows that, even in a situation that's about as terrible as it can be, there can still exist happiness, surprise, and life, that strange strong spirit that's with us until the end. "The Boston Globe"
Wrenchingly powerful . . . Bock chronicles the daily struggles of a young wife and mother facing her own imminent mortality. This is a soul portrait of a family in crisis, written with a fearless clarity and a deep understanding of the bonds that can hold two people together even in the darkest hour. Richard Price
I was amazed that such a heartbreaking narrative could also affirm, on every page, why we love this frustrating world and why we hold on to it for as long as we can. Alice Culvert is a character of such fight and such spirit, such thrumming aliveness, that she takes on an epic dimension. Joshua Ferris
The sun is rising, and I am only now looking up from the closing lines of Charles Bock's astonishing "Alice & Oliver." I can t remember the last time I stayed up all night to finish a book. This novel laid me waste. It was so beautiful, so perfectly realized, so lavishly and gorgeously written, so eviscerating, and, most of all, so very true. Ayelet Waldman.

Charles Bock is the author of the novel "Beautiful Children, " which was a "New York Times" bestseller and Notable Book, and which won the Sue Kaufman Prize for First Fiction from the American Academy of Arts and Letters. His fiction and nonfiction have appeared in "Harper s, The New York Times, "the" Los Angeles Times, "and" Slate, "as well as in numerous anthologies. He lives with his wife, Leslie Jamison, and his daughter in New York City."