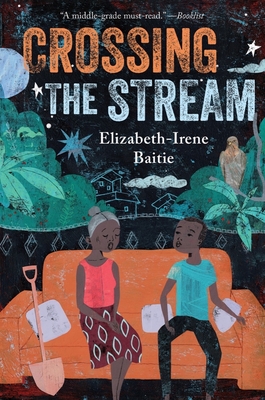 Ato hasn’t visited his grandmother’s house since he was seven. He’s heard the rumors that she’s a witch, and his mother has told him he must never sit on the old couch on her porch. Now here he is, on that exact couch, with a strange-looking drink his grandmother has given him, wondering if the rumors are true. What’s more, there’s a freshly dug hole in her yard that Ato suspects may be a grave meant for him.

Meanwhile at school, Ato and his friends have entered a competition to win entry to Nnoma, the island bird sanctuary that Ato’s father helped created. But something is poisoning the community garden where their project is housed, and Ato sets out to track down the culprit. In doing so, he brings his estranged mother and grandmother back together, and begins healing the wounds left on the family by his father’s death years before.

And that hole in the yard? It is a grave, but not for the purpose Ato feared, and its use brings a tender, celebratory ending to this deeply felt and universal story of healing and love from one of Ghana’s most admired children’s book authors.

Elizabeth-Irene Baitie is a Ghanaian children’s book author. She has won the Burt Award for African Young Adult Literature, along with the Macmillan Writer’s Prize for Africa. She lives in Accra with her husband and children.